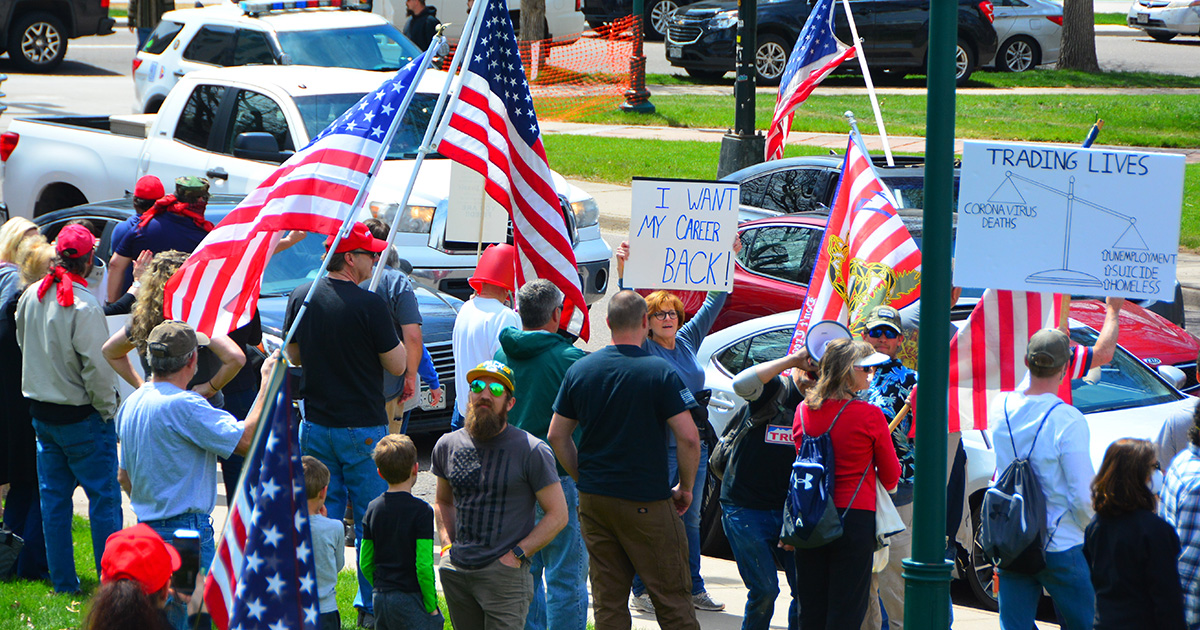 “Hell, us boys love a hand-sewn mask as much as anyone. My mother makes ‘em for all of us, and I find they can be a great way to show people right off the bat how passionate and patriotic you are,” said Mount. “But when these libtards were asleep at the wheel, they let China create this virus — and then they tell us we gotta wear masks and shelter in place? That’s when the real patriots buckle down, put on our classiest Mag extensions, and start demonstrating. Wake up.”

Mount’s mother Eustace Fischer, who confirmed she “may have put together some robes for cross-burning ceremonies,” expressed pride in her son’s ideology, albeit tinged with concerns about her son’s devil-may-quarantine attitude.

“Davey’s always been willing to stand up for what’s right, and that’s fulfilling for any parent… but in my day you always listened to the doctors, as long as they were white. Used to be able to trust the Chinese ones, too,” remarked Ms. Fischer as she completed a pastoral needle point embroidery scene. “It used to be, ‘If I’m gonna die, I’ll die with my hood on’ with Davey, but now it’s, ‘I’d rather die free than wear one of those New World Order masks.’ I just hope he figures it out.”

Local lobbyist Brian Green explained that such ideological shifts may represent a considerable victory for a unified conservative movement.

“How do you get the Klan to turn against cloth face-coverings? Simple. You show them that their lifestyle is at stake,” said Green, absentmindedly fidgeting with an iPhone in his salmon-colored pants pocket. “Americans from all walks of life are tired of being coddled by a dishonest nanny state. This isn’t about a mask or a hood — this is about the freedom to go outside against medical order and expose thousands of people to a completely preventable disease. And guns, somehow.”