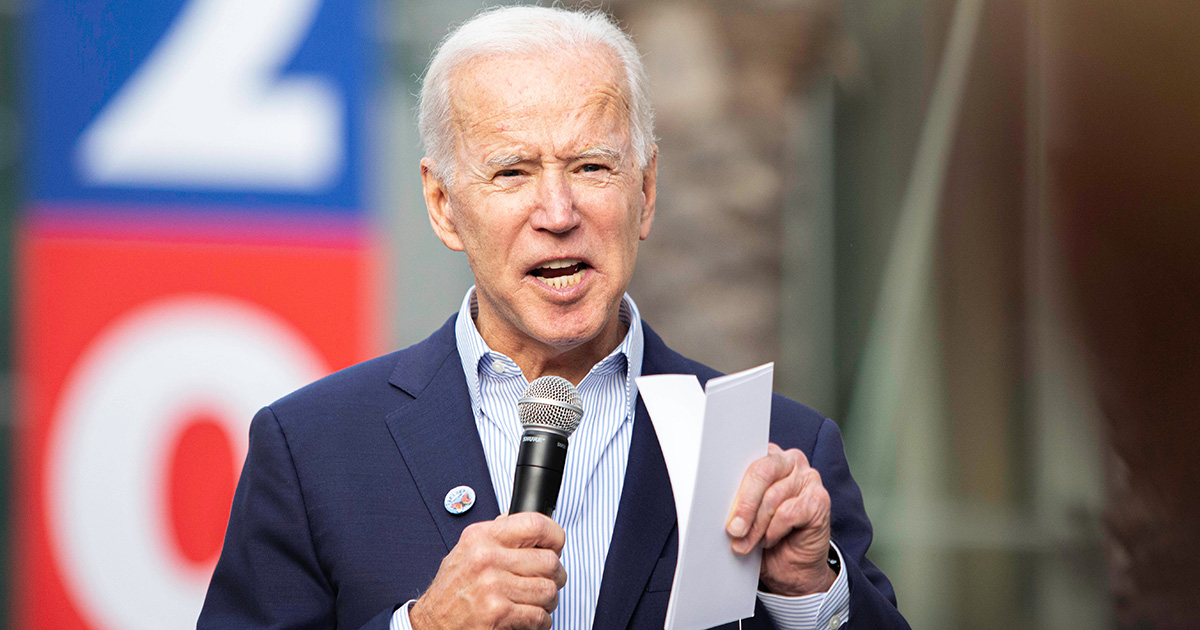 “Day one, my very first act as President will be an executive order to defund the Itty Bitty Titty Committee. This taxpayer-funded research group has put way too much time into glorifying complete surfboards — that ends with me. America used to be the land of milk and honey,” said Biden before pausing to wink at a female reporter, “but now, the big naturals of the red, white, and blue are put to shame by women in Colombia, Finland, and Russia. Oh, and don’t forget Greece. Those chicks are stacked. I propose a new arms race — but, you know, with knockers.”

Biden’s personal gaffe manager Antony Hollis addressed the media about his responsibility to the candidate.

“At this point, moments like these are a daily occurence: Joe will be staring out the window and a tear will stream down his face; inevitably, I ask him what’s wrong, and he quietly responds, ‘Just thinking about how much I love big ol’ titties,’” said Hollis. “I’ve told him many times the ‘Itty Bitty Titty Committee’ is not an actual government office — it’s just a mean thing high school girls say to each other. But when I mentioned ‘high school girls,’ his eyes glazed over, and I knew I’d lost him again.”

“Wow, Biden said something about boobs? Who could’ve seen that coming? These idiots are all the same. I just wish I could go one full hour without Trump saying something stupid,” said Farrington. “Hell, Trump wanted to nuke a hurricane, and that doesn’t even crack the list of top 20 craziest shit from his first term.”

“To be totally candid, I’ve had to stop many of my fellow White House aides from injecting bleach into their necks,” she added. “They weren’t trying to cure COVID-19. It’s that the eternal void of death is preferable to working for this brain-damaged, tiny-handed, goomba-dicked mad man.”

Biden’s staff also allegedly had to remind him repeatedly not to wear his “Female Body Inspector” T-shirt to a closed-door meeting with FBI director Christoper Wray.