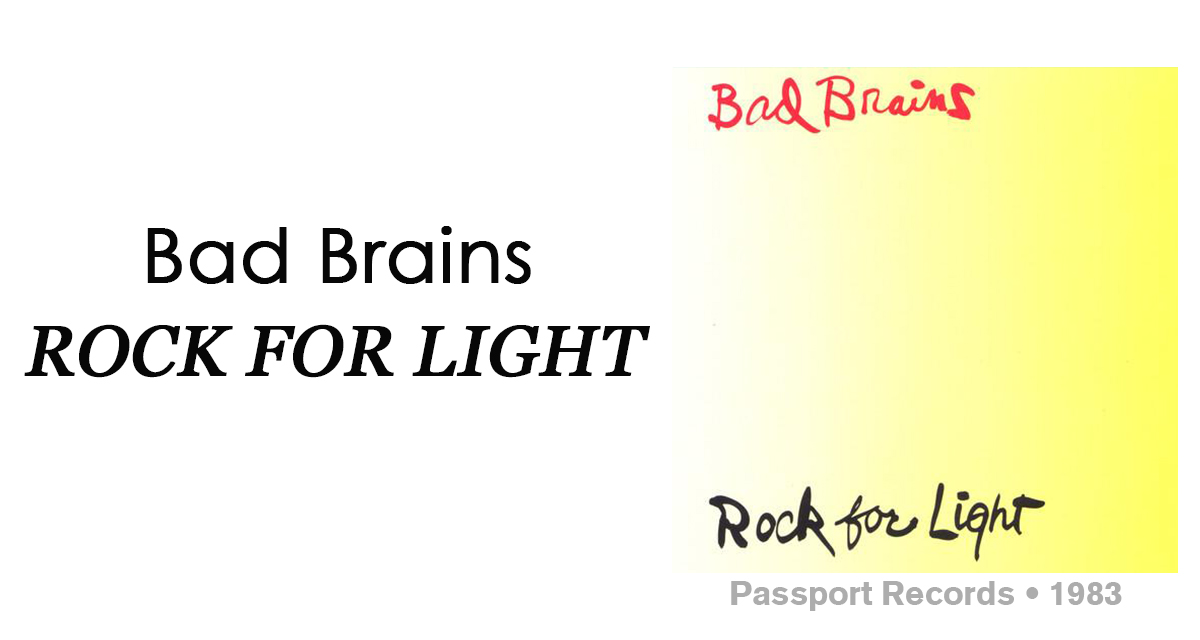 ﻿Each Sunday, The Hard Times travels back and reviews a notable album from the past. This week we cover 1983’s “Rock For Light,” the second full-length album from Washington D.C.’s very own hardcore punk pioneers, Bad Brains.

I’ll never forget where I was when I first heard this album. I was on my way to meet this guy to buy some drugs but he wasn’t answering the door or his phone, so I went to this little speakeasy across the street to kill some time. I walked in and was taken aback by the song that was playing. It was a really groovy reggae song. I now know it to be “Rally Round Jah Throne” but at the time I didn’t have a name to put to it. I was just mystified. I had never fancied myself a reggae fan but after that moment I couldn’t get enough of it.

I asked the bartender what the album was and that’s when I learned who Bad Brains were. I immediately ran out of that speakeasy to the nearest record store in the area, which was a solid seven blocks away. I found the record, bought it on the spot, and rushed home to fully immerse myself in it. However, when I heard the first song I became confused. It wasn’t reggae. It was this loud abrasive rock n roll music. Which isn’t normally a big deal but it wasn’t what I wanted.

I was furious. I went into a blind rage and that’s where my memory of things gets a little choppy. Apparently I ran back into that speakeasy and berated the bartender. Calling them a liar, throwing pint glasses at them, just being an absolute lunatic. Unfortunately for me, the bartender was extremely well versed in jiu-jitsu and proceeded to beat my ass so bad that I still can’t walk in a straight line. I pleaded for someone to help me but they all just joined in on the beating. As I lay there on the ground feeling my internal organs begin to rupture, I suddenly noticed the music playing in the background.

It was that abrasive rock music. The song was coming to an end and that’s when I heard it again. That song I had fallen for earlier in the day. It was the same band. Never in my life did I think a hardcore rock band could also be a killer reggae band. I spent the next ten days recovering in the hospital just listening to this record over and over. It changed the way I see music to this day. I also found out during my recovery that the drug dealer from earlier was found dead in their apartment. Which totally makes sense for why they didn’t answer in the first place.

Score: 5/5 hairline fractures in my ribs.