Opinion: If the Founding Fathers Were Alive Today They Would Be Juggalos 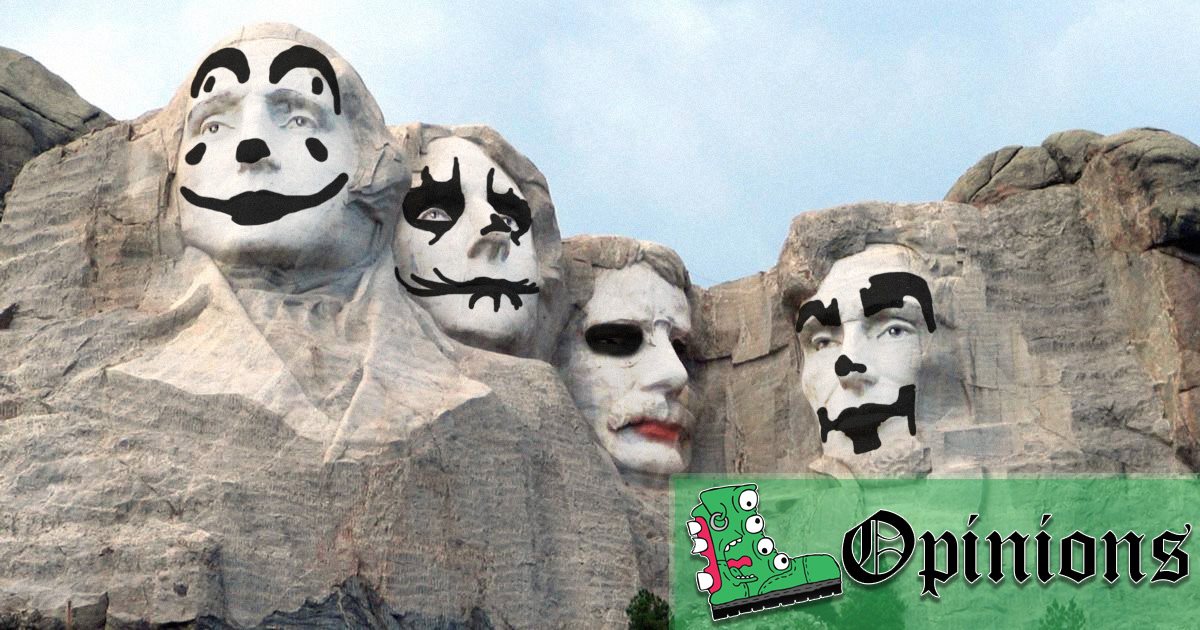 As Americans, we hold the constitution sacred. However, America has changed so much since the constitution was written. Technological advancements and changing societal standards have left us wondering how our founding fathers would have written the constitution if they were alive today. Would they be liberal? Would they be conservative? I think the answer more likely than any is that they would be down with the clown.

What is a juggalo? Well according to the group themselves, “[a juggalo] gets butt-naked and then he walks through the streets, winking at the freaks with a two-liter stuck in his butt-cheeks.” Remind you of anyone? Ben Franklin. There’s no doubt he’d be sipping faygo at The Gathering’s wrestling matches.

A juggalo is also known to, “eat monopoly and shit out connect four.” The founding fathers were against monopolies. They would’ve even adapted the juggalocoin into the US Treasury.

And when George Washington chopped down his cherry tree, what did he use to do it? That’s right- a mothafuckin’ hatchet. Whoop whoop!

So after reviewing the evidence you’re probably thinking, “Of course the founding fathers be juggalos. That’s so obvious. But how would that impact their interpretation of the constitution?” Great question. I dunno.