Will I Understand John Wick 3 If I Haven’t Grasped Object Permanence? 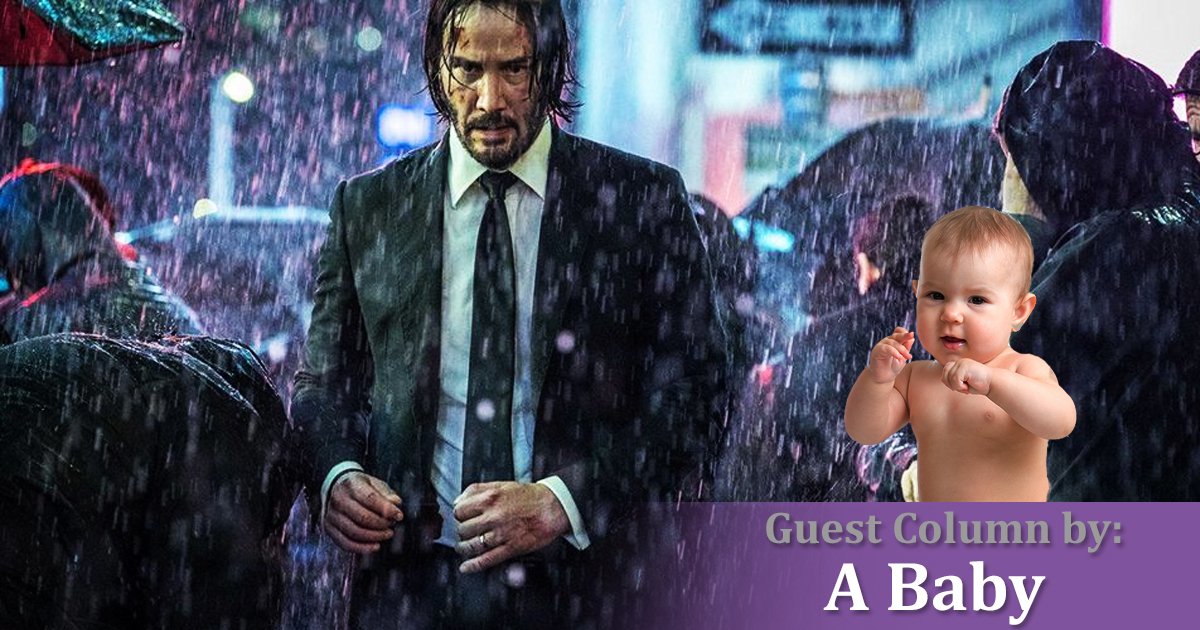 I know what you’re thinking and, yes, I am a baby. Let’s get past that.

It’s fair to wonder whether I should even be allowed to watch Keanu Reeves headshot his way through half of New York City, but my parents are chill gamers so they’re not worried about it. The real issue is, can babies track along with John Wick: Chapter 3’s fast-paced, kinetic story when we haven’t yet grasped the concept of object permanence?

I didn’t see the first two John Wick movies, because I didn’t have time — and I didn’t yet exist — but I was very intrigued by the Chapter 3 trailer that popped up in between my LittleBabyBum YouTube videos. I’ll admit I was taken aback when that dude on the motorcycle got shot in the brain, but more than that, I was extremely confused by John Wick himself.

Like, he’d show up, and my Dad would be like, “That’s John Wick,” and then I wouldn’t see Wick for a second so I naturally assumed he had died or otherwise been erased from existence. But then a half-second later another John Wick shows up on screen riding a horse, and Dad would say, “Goddamn that’s John Wick!” But how is that even possible? Are there dozens of Keanu Reeves out there being created and destroyed every two seconds?

I was also confused how Wick kept getting all these pistols. He’d plug some goon in the face and the scene would change, causing the pistol to no longer exist, but then in the very next scene Wick magically just had another pistol that looked exactly the same! That stretches not only my sense of object permanence, but my suspension of disbelief!

What is this, a fantasy movie?

Perhaps if I could crawl up to Wick’s signature Heckler & Koch P30L and handle it a bit or maybe give it a lick, I’d have a better grasp of what it means for a pistol to exist in space even when I can’t see it directly. Just throwing it out there, producers.

And finally — and this is the most important issue — what sort of cruel God is creating and then immediately obliterating all these nice doggies? What sort of monstrous deity brings all those good boys into the world only to snap them out of existence just a millisecond later? Maybe the first two movies explain this existential horror?

Yeah, I’ll just start by seeing what happens to the puppies in the first movie.

UPDATE: After I left my Dad’s lap, it became clear to me that the John Wick: Chapter 3 trailer no longer exists. Therefore, this article is essentially moot. My apologies.