Webcomic Bravely Explores How Introverts Are Sometimes Shy But Not Always 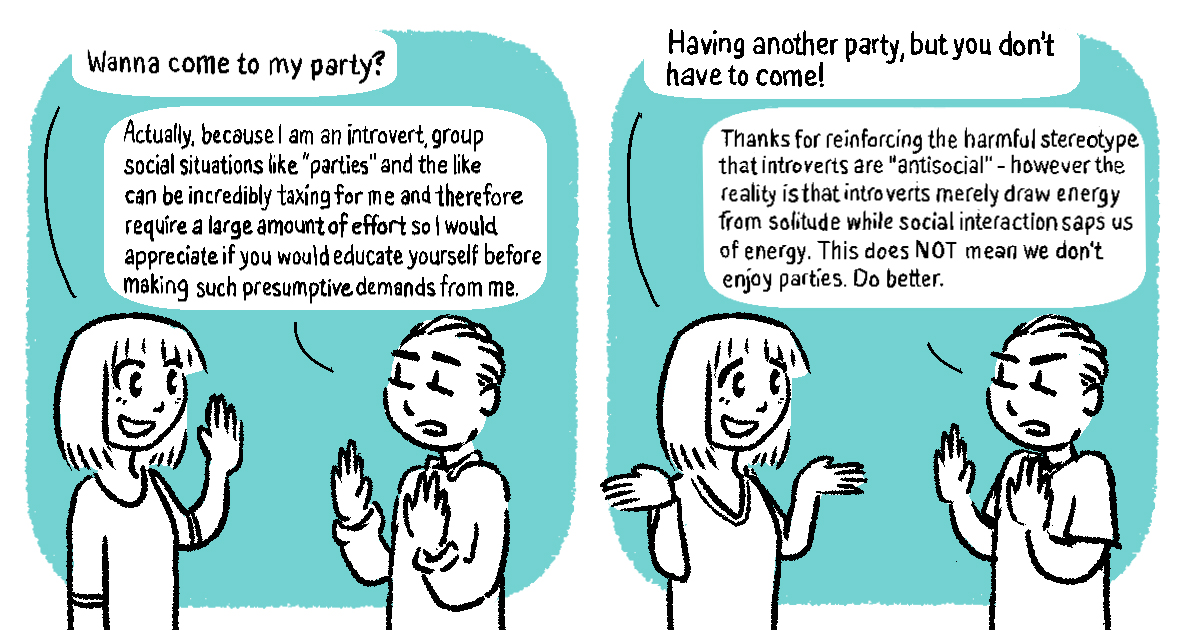 SAN FRANCISCO — A recent issue of the webcomic Tell Me Shy drew praise from members of the introvert community, who applauded the author’s fearlessness in depicting how introverts can be shy at times, but other times less shy.

Upon release yesterday, the two-pane comic sent shockwaves through a vibrant subculture of introverts on social media. Many praised it as groundbreaking.

“This comic is an unflinching portrayal of the misconceptions we introverts face in this country. Every time we speak, or don’t speak, we are being judged,” said Aiden Tate, a veteran critic writing for Instagram comment sections. “But some of us aren’t being judged, also, despite what you probably think. Careful with your assumptions there, buddy.”

Tell Me Shy has run daily webcomics on Instagram for almost two years, amassing over 500 issues and nearly as many followers. The author, who goes by the handle B0OknErddd42, requested that their identity remain anonymous.

“As an introvert, I tried to use my platform to reach out and educate extroverts about our struggle in a way they could comprehend. It’s not their fault they have such tiny underdeveloped brains, requiring them to seek approval from outside sources,” wrote B0OknErddd42 via direct message. “You’re going to tell everyone I requested anonymity, right? Make sure to put that in the article.”

The author directed all further questions to their ask.fm page and returned to work on their next issue, which was rumored to take on the controversial subject of how introverts sometimes like being interviewed for news stories, but other times don’t like it as much.