Waluigi Won’t Be in Smash Bros Until He Solves Israel-Palestine Conflict, Says Sakurai 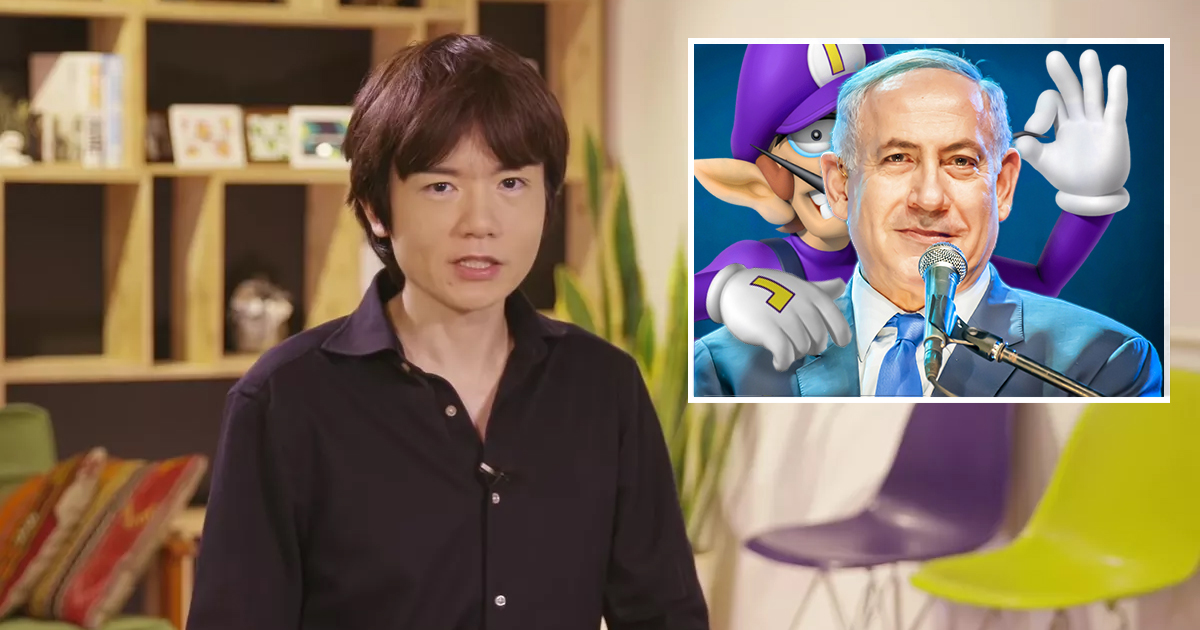 TOKYO — Rubbing his face in frustration, Masahiro Sakurai revealed in an improvised Nintendo Direct this morning that the real reason he will not put Waluigi in Super Smash Bros. Ultimate is that he is waiting for the beloved character to solve the Israel-Palestine conflict.

“Listen, he made a promise,” Sakurai said to disappointed fans in the first-ever live Nintendo Direct. “We simply cannot put him in the game until he solves this problem. I want him in there resolving conflicts for fun, but there’s nothing more important than the conflict going on in the Middle East right now. He made a vow.”

According to the purple anti-villain, Waluigi’s multi-decade plan to unify the region included having sex with members of both countries until all descendents come from him, bringing the two peoples together. Sakurai clarified in the Direct, “his semen is to be the glue that holds these warring nations together.”

In an interview following the recent Democratic Presidential debate, frontrunner Marianne Williamson commented on the situation.

“Waluigi is a close friend of mine,” Williamson said to reporters. “I’ve personally seen the healing properties of his ejaculate and I think they could one day replace vaccines worldwide. If we mentally quarantine Waluigi, we see him surrounded by a golden egg that his malevolence cannot penetrate, then, within the egg, let’s see Waluigi showered with light to awaken him.”

“I mean that’s just obvious,” she added. “Think of it like Conan Without Borders, but with a little less jerking off.”

Williamson and Sakurai’s messages rang true according to those in the online Nintendo fandoms.

That being said, there are others who are eager to finish the job and secure a place in if Waluigi cannot in a timely manner.

“Listen, if Waluigi ain’t gonna do it, then I’ll be the next on that plane,” said fellow character Peter Griffin from FOX’s Family Guy. “Lois! Pack my friggin’ bags.”

At the end of the Direct, however, Sakurai snapped his fingers, saying “and one more thing!” before finally announcing his new Vice CBD-oil based F-Zero gacha game.

This article was written by our Twitch chat! Watch the full video of its creation: