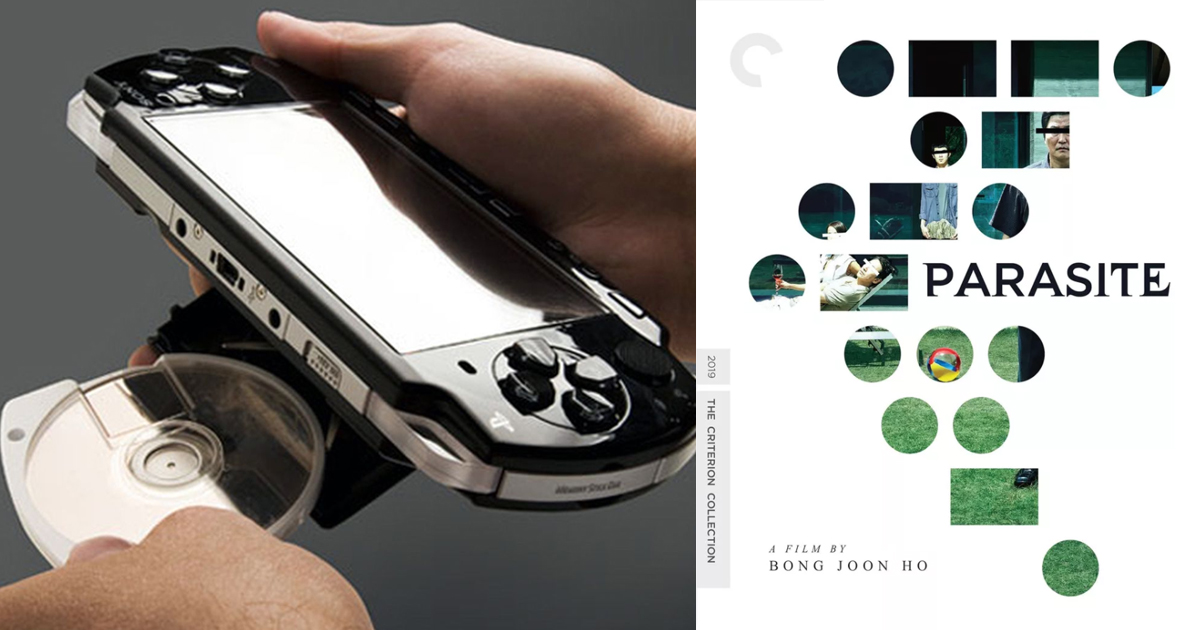 NEW YORK — In a special broadcast from the Criterion Closet, Sony Interactive Entertainment CEO and President Jim Ryan announced a collaboration between the two companies earlier today that would see the entire collection of critically acclaimed films made available on the UMD media format.

“The entire Criterion Collection is getting released on PSP UMDs, straight to Gamestop used shelves near you,” said Ryan at a press conference earlier today, holding up a copy of the Coen Brothers’ debut film, Blood Simple, on a recently pressed UMD disc. “Every PSP user remembers the first time they booted up their PSP, inserted the oddly shaped miniature disc into the console and started watching their favorite hit films like Christmas With The Kranks or Final Fantasy: The Spirits Within. It was an innovative and superb way to watch the latest and greatest of America’s second greatest medium besides games, and the people want it back”

Ryan then showed the gathered press a brief clip of Akira Kurosawa’s Rashomon playing on his PSP. Cinephiles and gamers alike reacted to the news with glee, ready to start watching some of history’s greatest cinematic achievements on their old and dusty PSPs.

“It’s definitely gonna be great to finally brush up on my cinema history for the next time I get cornered by a self proclaimed ‘film guy’ at a party,” self proclaimed film guy Garrison O’Connell explained. “And if he starts asking if I’ve watched his favorite wacko classic like Twin Peaks: Fire Walk With Me, I can just whip out my PSP, specialized game case holder for these oblong UMDs, and UMD copy of the film to show him just how serious I am.”

“Plus,” he added. “If he has his own PSP with a copy of Kingdom Hearts: Birth By Sleep, we could go a few rounds on the command board minigame to really stimulate the party and discussion of cinema’s greatest!”

Even acclaimed directors showed their support for the specialized release of the collection. Martin Scorsese posted a photo on his Facebook page of the UMD box art of his classic, The Last Temptation of Christ.

“Finally, people can watch one of my finest works the way I intended,” claimed the Academy Award winning director in his post. “On a 3.8 inch screen that can also be paused at any time to play some of the finest portable games ever made, like Ape Escape: On The Loose, LocoRoco, or even Metal Gear Solid: Peace Walker, a game that deserves a Criterion release in its own right!”