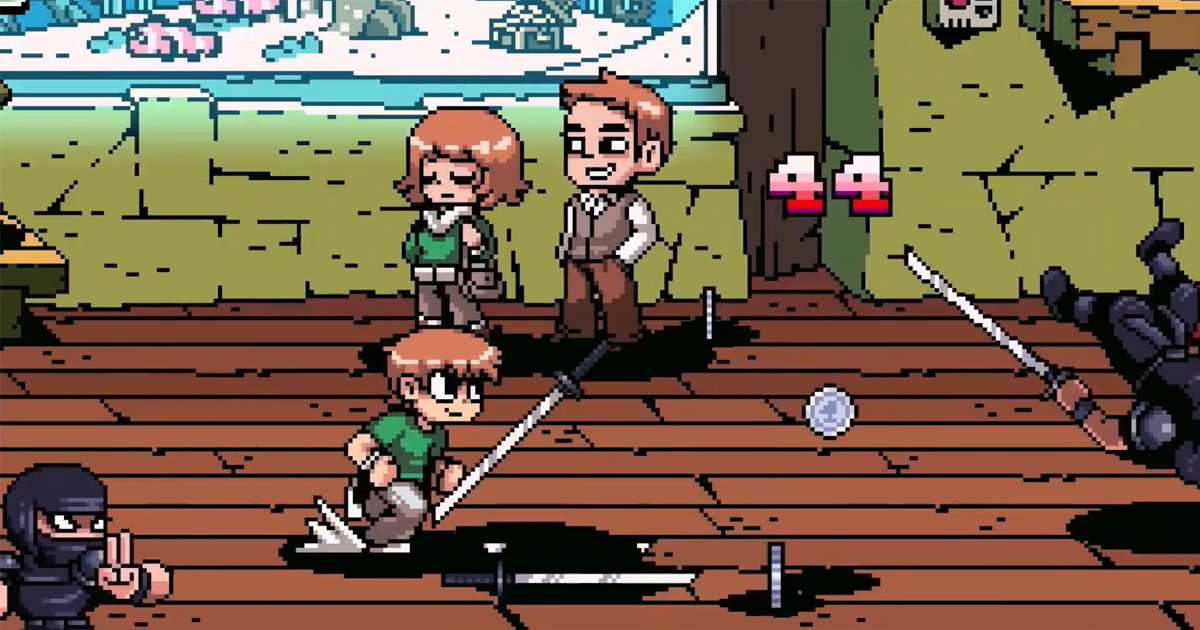 TORONTO — Fans of the long-inaccessible retro beat ‘em up Scott Pilgrim vs. The World: The Game were pleasantly surprised to discover that publisher Ubisoft has included a disclaimer screen in the startup sequence of the game’s deluxe re-release which acknowledges that Scott Pilgrim is a pretty bad boyfriend.

“This game includes dated and painful depictions of a lousy mid-2000’s alt boyfriend whose actions were wrong then and continue to be wrong now,” begins the disclaimer, written in an 8-bit pixellated font on a somber back background. “Rather than remove or alter this content, we want to acknowledge Scott Pilgrim’s harmful impact towards his girlfriends, allow players to learn from it, and spark conversation to create more thoughtful boyfriends together.’

Fans of the series say they are encouraged that Ubisoft is acknowledging the toxic actions of Scott Pilgrim rather than try to cover them up.

“Good on Ubisoft for doing the right thing and acknowledging Scott’s problematic history,” said Reddit user QueCeraCera on the subreddit r/ScottPilgrim. “I love this game and have fond memories of playing it, but I also think it’s important to recognize that most people who identify with Scott Pilgrim himself are probably bad, inconsiderate people. Anyone who’s bothering to dive back into this game in 2021 probably needs to hear that, so I applaud Ubisoft for being part of the solution.”