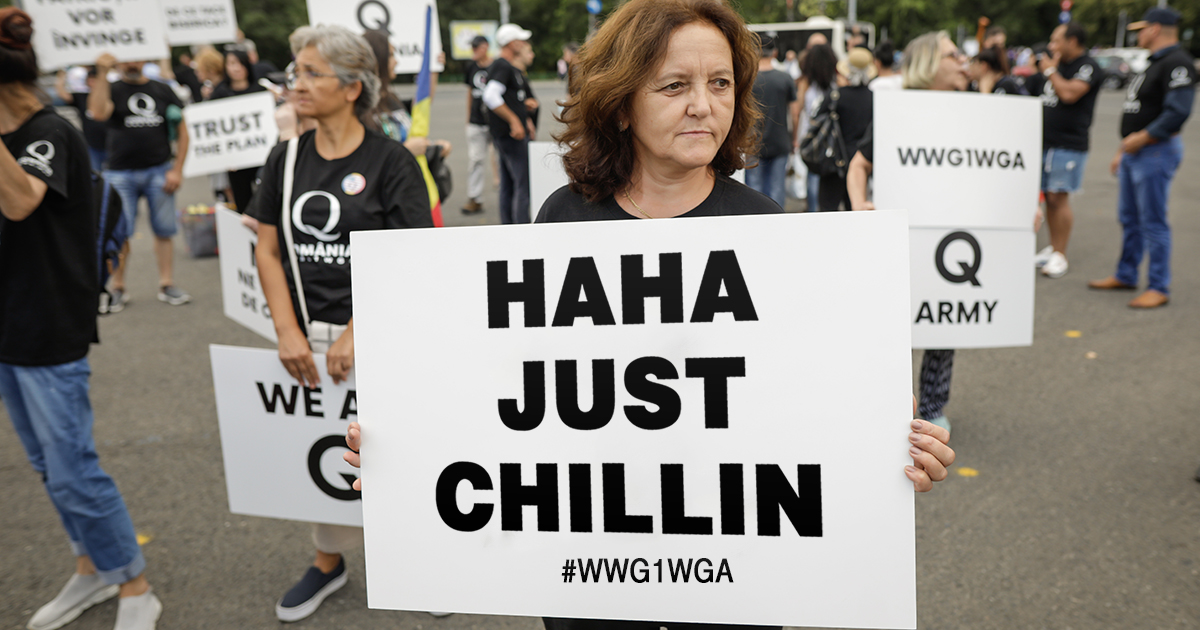 WASHINGTON — Republicans nationwide are struggling to decipher a cryptic message from Q, the anonymous leader of conspiracy theory QAnon, after they accidentally posted “haha just chillin” on 8chan, a message clearly intended for a different account.

“Where we go one, we go all. Any true QAnon supporter will understand this message,” explained popular Twitter user @WhiteHatSupreme57. “The ‘haha’ portion is an obvious acronym, which stands for ‘Hebephilia Acceptance, Hebephilia Abandon.’ This is a reference to the pedophile cabal who runs our country, better known as the Democrats. What was once hebephilia [an attraction to young people] acceptance, will become hebephilia abandon, due to Trump cracking down on them. This, as we all know, is just — short for ‘justice’ — hence the second word of Q’s message. Soros and his pedophile friends use dry ice to hide their operations from the public — something they famously communicated to supporters through their state-run Scooby Doo cartoons. Dry ice… ice… chilling… chillin. ‘Haha just chillin’ means that Trump will bring justice to chillers, ending acceptance of hebephilia.”

Other QAnon members had different theories as to what the phrase could mean, however.

“WhiteHatSupreme57 is a fucking moron,” said alt-right commentator Mike Cernovich. “Chillin is, of course, a reference to the professional Super Smash Bros. Melee player Chillindude829. This is a sly reference from Q to the first ever Fox main, because he’s explaining to us that Trump will soon take over Fox News. When he says ‘just,’ he is of course referencing the city of Justiniškės, Lithuania (formerly of the Soviet Union), where there is key information about Hunter Biden and his dealings with Ukraine. The ‘haha’ at the beginning is indicating that Q thinks this information is funny.”