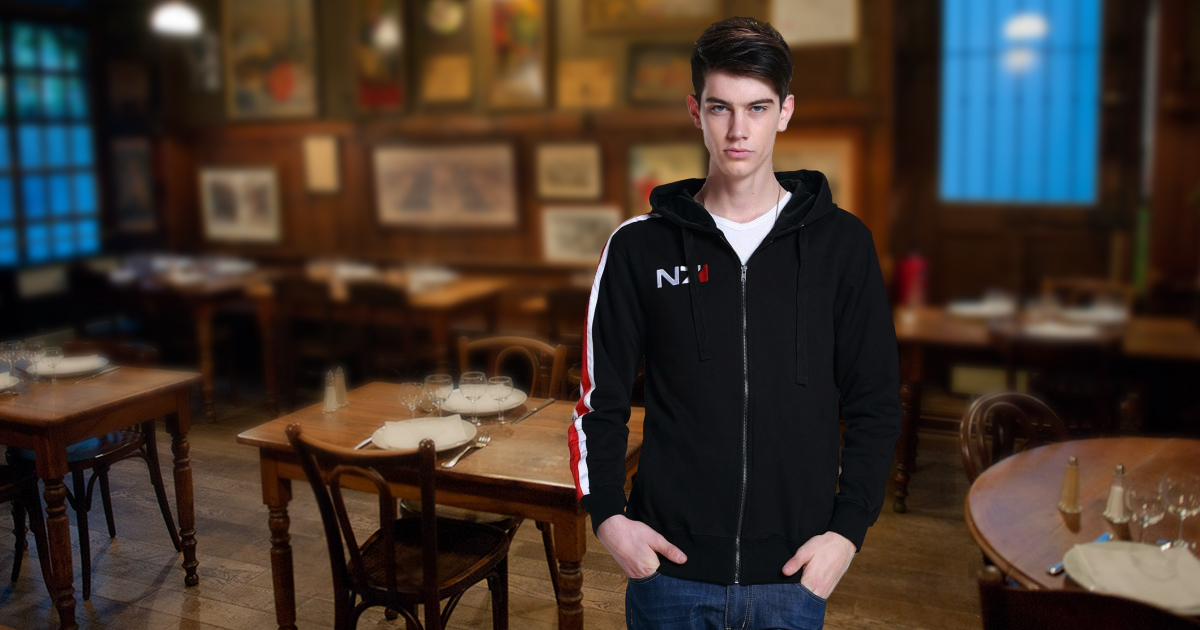 “It’s one of my favorite jackets, and something I like to wear when I’m trying to get cozy with someone new,” Beckers said while liberally applying Axe Apollo XL Body Spray to his chest and lower back. “First dates are one thing, but now it’s time to show that I mean business.”

Beckers went on to explain that the N7 hoodie had been chosen not just for its comfort and impeccable style, but also for its functionality.

“It’s got this meshy, breathable material inside,” he noted while pulling up green socks adorned with Super Mario 1-Up mushrooms. “Which is great, ‘cause on my last date with Anne I sweat like a motherfucker.”

Despite the initial nerves, Beckers claimed that after brief small talk and a few hard ciders, things had eventually started to click on the first date between Bailey and himself.

“She told me she liked science fiction, so I gave her a big list of recommendations to watch. I’m excited that we’ll definitely have things to talk about this time around,” Beckers said while spraying his black jeans with Febreze. “She also mentioned in her dating profile that she once owned an Xbox 360, so I assume she’s played the entire Mass Effect trilogy.”

When reached for comment on the N7 sweatshirt, Beckers’ friend and roommate Will Richardson rolled his eyes, but ultimately expressed relief.