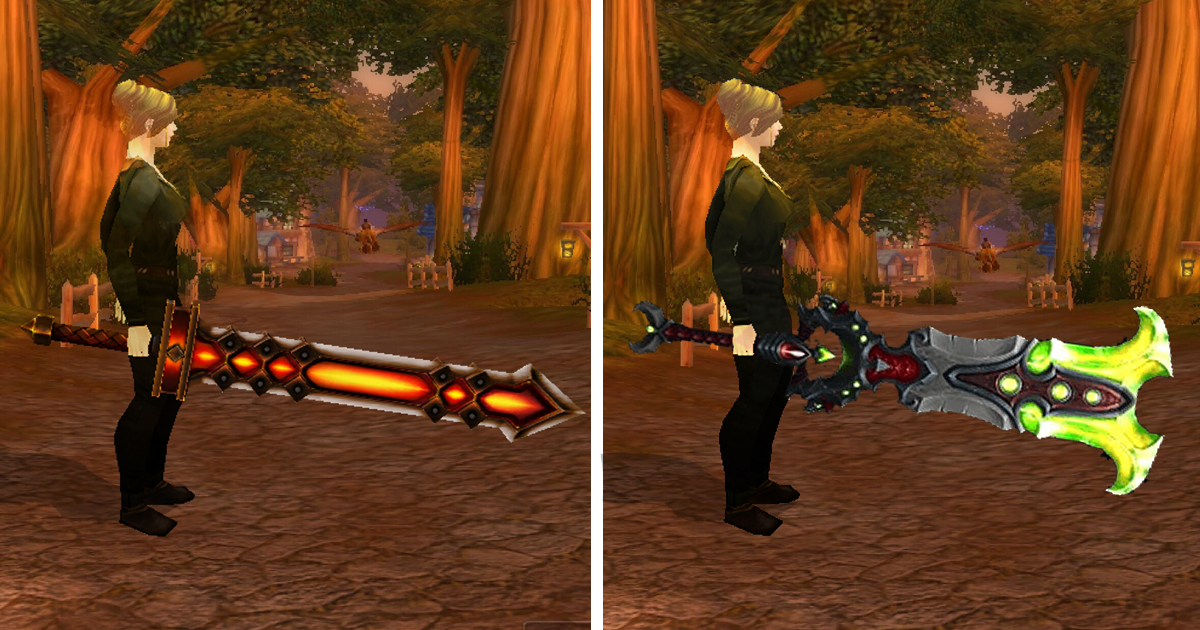 SUNWELL PLATEAU, Quel’Danas — Eyewitnesses in the popular online multiplayer game “World of Warcraft” reported that local Human Paladin, Atherillon, managed to replace his current ancient and legendary sword with one that’s both more and ancient and more legendary.

Guildmates of his told reporters that dating all the way back to the Battle for Mount Hyjal, Atherillon has been known to wield the Cataclysm’s Edge, widely believed to be the most powerful broadsword in all of Azeroth.

“He got that drop after weeks of grinding Archimonde the Defiler,” reported a Beastmaster Hunter guildie by the name of Helenhunt, “I think he was pretty excited, but I don’t really remember because at the time three or four dudes in the raid were telling me to turn off my pet’s Taunt or some bullshit.”

Archimonde the Defiler is one of Sargeras’ Eredar Generals that command and oversee the Burning Legion on their path of conquest throughout the universe, so surely the Cataclysm’s Edge could not be matched by another weapon.

It wasn’t until this evening when Atherillon brought his very important, very mythical sword down in one final killing blow on Kil’Jaeden the Deceiver (the other of the two Eredar Generals that command and oversee the Burning Legion on their path of conquest throughout the universe) that he would discover Apolyon, The Soul-Render, a sword more ancient and legendary than previously thought possible.

“The Vent call just blew up, I couldn’t even hear what he was saying but there was a lot of yelling,” reported Helenhunt.

Other raid members present at the time described him as feverishly excited to forever sheath the blade that had cleaved through an army of demons and Illidari warriors in favor of taking up what must definitely be a far more important and powerful sword. Shortly after, Atherillon sold his previous weapon at a local Inn.

“I’m really not sure what I’m supposed to do with it,” we were told by Allison, Innkeeper for the Gilded Rose in Stormwind and current owner of Cataclysm’s Edge, “Atherillon burst in here and just plopped it down in front of me and he only asked for around 20 gold for it. I couldn’t pass on a deal that good. This is the most ancient, legendary sword around.”