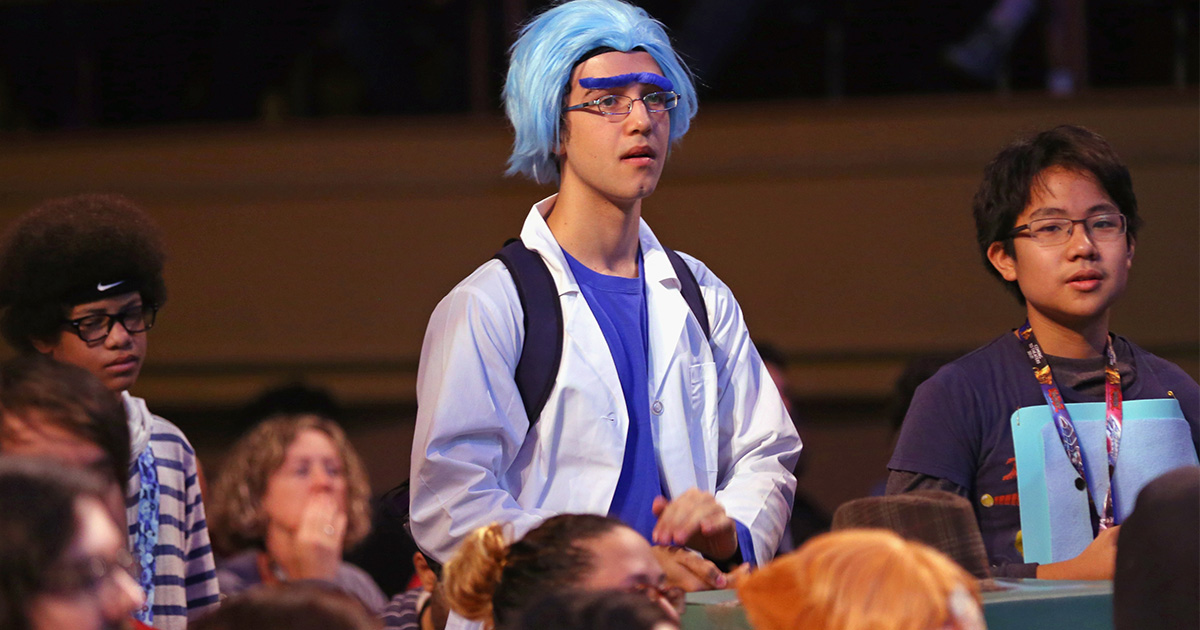 After politely answering his question about her character’s demon backstory, Kerr was about to move on, when Monson grabbed the mic from the moderator.

“I have a follow-up question,” he said, while pulling a piece of paper out of his pocket, off of which he proceeded to read a six-minute statement about the nature of the human soul.

“Um, could you repeat that? I’m not sure I caught the question in there,” Kerr asked. As Monson reached once again for the notebook paper, security tackled him to the ground and took him away.

“I need answers!” shouted Monson, still dressed as Rick Sanchez from the panel he had attended previously, as he was forcefully removed from the event. “I haven’t even told you about how a slightly diminished soul could have made Buffy a more effective slayer!”

Witnesses report that Kerr maintained a stoic demeanor and a frozen smile throughout the incident. Friends and co-workers describe her level of patience attained by years of convention appearances as “staggering.”

“Just once I want someone to ask me about the craft of acting,” she said. “Barring that, I’d like to be asked any kind of actual question. Whenever I come to one of these I feel like I’m listening to some guy’s Ph.D. defense of his Buffy research.”

Monson reported being confused by his treatment, claiming he only wanted to know the truth.

Asked if he was aware that Buffy was a fictional show made by a large number of human beings with varying perspectives over multiple years, Monson said “of course,” before taking a shot of blood, a practice harmful to humans.