Local Teens Sneak Back Out of Hellboy 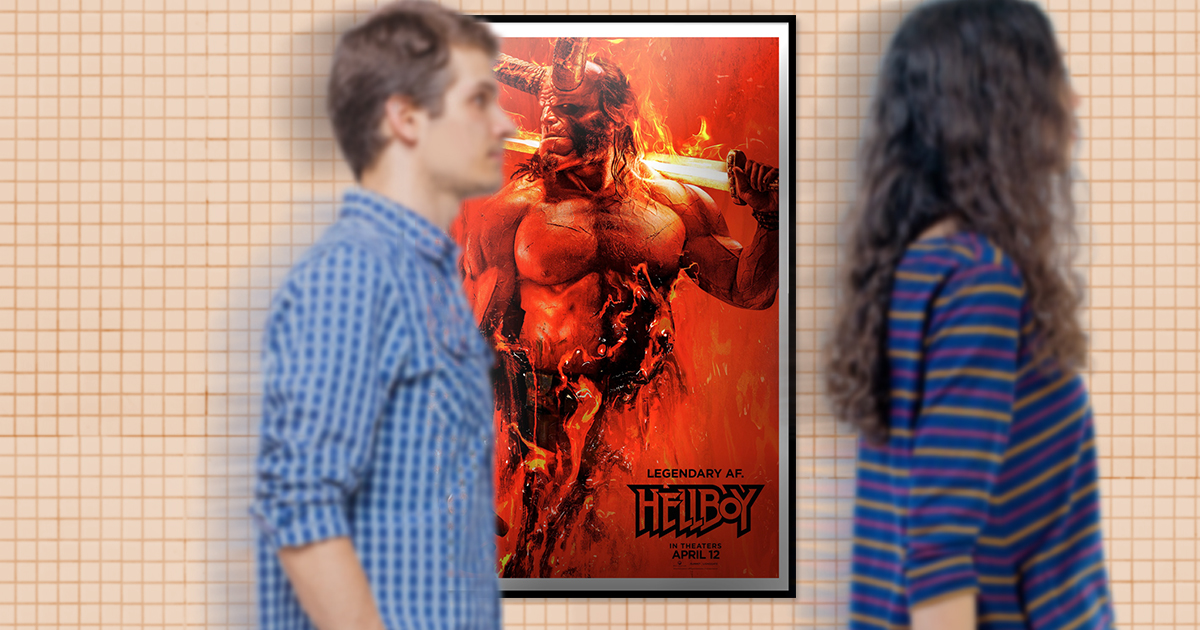 VESTAL, N.Y. — After buying tickets to a 7:20 p.m. showing of Dumbo, a group of teenagers subsequently snuck into the 7:30 p.m. showing of the R rated Hellboy, which they promptly snuck back out of around 7:53 p.m.

“Dude, tricking those dumbass theater employees into thinking we wanted to see that kiddie crap instead of some badass demon from hell kickass, and possibly see some breasts along the way, gave me such a rush I could barely sit still in my seat,” said Sam Dilson, age 16.  “We were so wrong. I want to apologize to the employees at the AMC Vestal Town Square 9 as well as the good people at the MPAA whose guidance we should have respected. They tried to prevent rebellious teens from seeing this piece of shit and we did not heed their warning.”

Others in the group echoed Dilson’s sentiment as they sat stunned outside the theater.

“I’m 15 years old. All I want out of movies is violence, nudity, and curse words,” said Marsha Delaney. “How the fuck did they manage to make it so incredibly boring?”

“We should just go back and watch Dumbo,” Delaney continued. “I just need a nice, wholesome palette cleanser that isn’t trying so goddamn hard to be edgy all the time. Plus, it has Frank Reynolds in it and that dude fucking owns.”

At press time, it was announced that a planned sequel to Hellboy was cancelled and that Lionsgate would reassess in about two to three years which creative team should fuck up the franchise next.