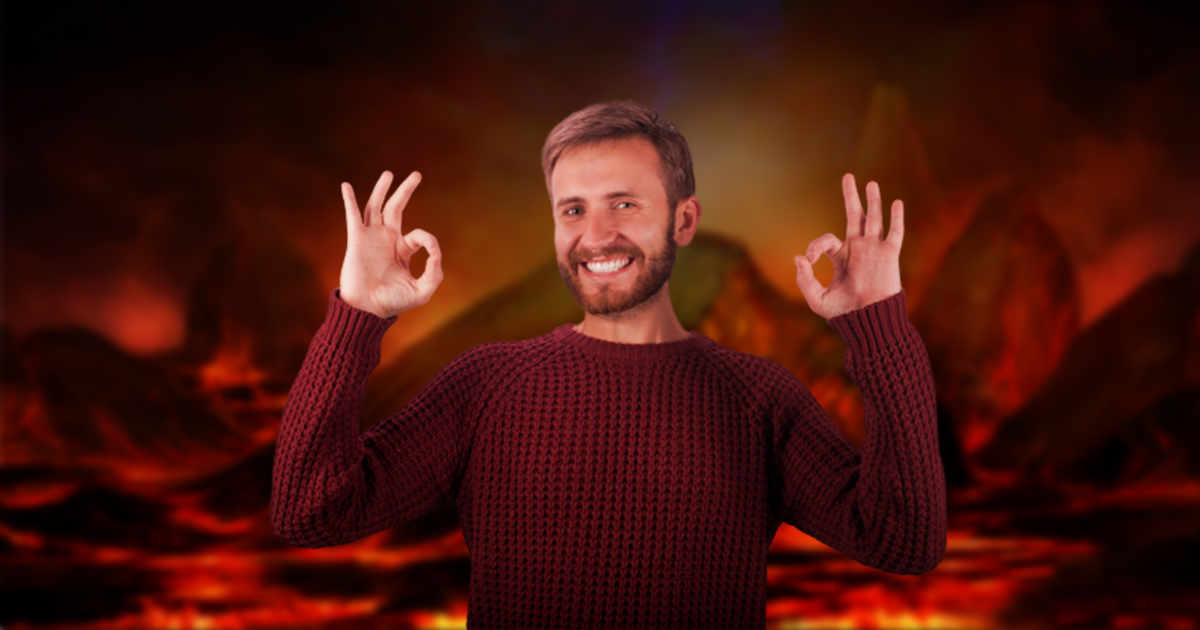 HELL — Cast into the fiery pit of Hades for all eternity to come, the immortal soul of recently damned gamer Harrison Gilgur was reportedly excited to find himself in Hell after realizing he would, in essence, spend his entire afterlife playing Doom.

“Hell?! That’s so awesome! And here I thought constantly playing every Doom iteration since the original was a waste of my paltry existence. Now I’m gonna kick ass down there!” shouted Gilgur as he was judged and sentenced to damnation at the Gates of Heaven by a visibly confused St. Peter. “I was sad I died before Doom Eternal came out, but this is even better. Time to find some colored key cards!”

Upon descending into the inferno, his spirit ceded to Satan for the rest of time, Gilgur immediately began looking for a weapons cache to fight the oncoming swarm of monsters and demons devoted to endlessly hunting and torturing him.

“Let’s see, there’s usually a chainsaw behind the demon iconography or a trick door in the blood-dripping walls, but so far the only thing I have is this pistol I snuck in with me,” said Gilgur, while pushing and kicking every wall panel he came across. “I wonder if the designers of Hell even wanted this level to be winnable.”

Unholy sources report that an army of the undead attacked Gilgur shortly after his arrival, prompting him to violently punch the beasts to death using brass knuckles. After successfully retrieving a shotgun from a fatally wounded guard and proceeding to go on a kill-crazy rampage all the while avoiding human contact, Gilgur continued further into the depths of hell, brutally murdering everything he came into contact with.

“Harrison, like most Gamers, was among the best of mankind,” he said. “As such, we have crafted for him his own personal heaven.”