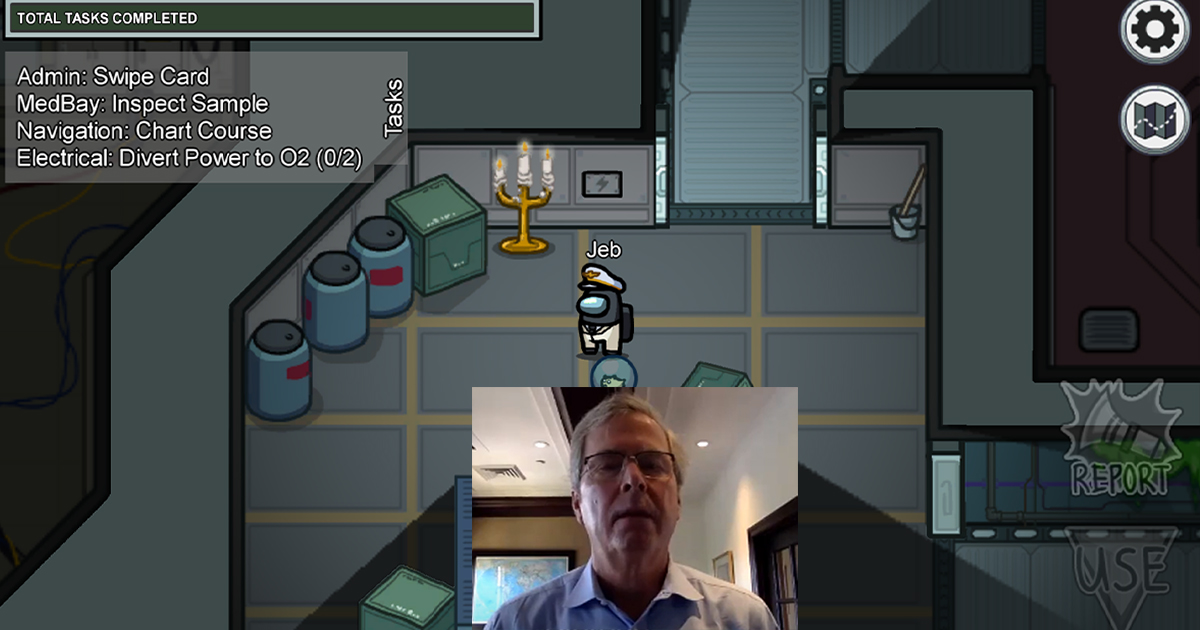 “Well this isn’t going at all how I’d planned,” said Bush, several minutes into his own abysmal game of Among Us with various Republican politicians. “Let’s just play the game, Jeb. It’s fun. It’s video games. I guess uh… Scott Walker is pretty sus. I didn’t… I didn’t see him do the, uh… garbage… shit, this is really, really sad. Even for me, this sucks.”

“Please sub,” Bush said to conclude his stream, which had dwindled to three viewers.