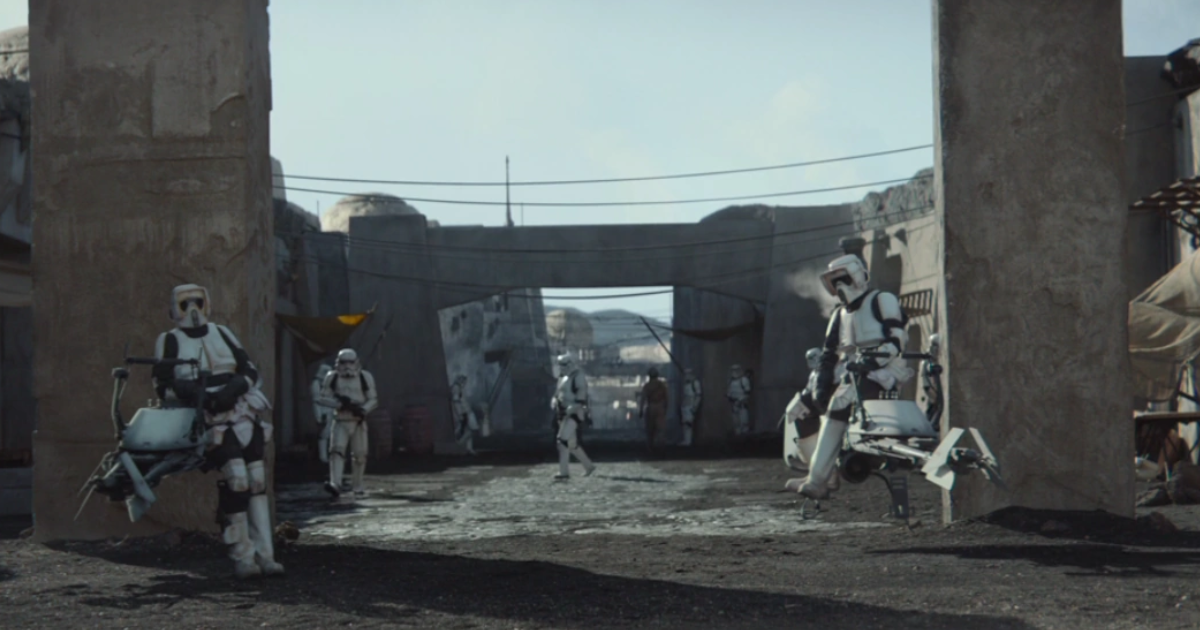 NEVARRO — Far far away planet Nevarro has added a second town after realizing they have the room to spare, according to those familiar with the situation.

“We were looking around and we were like hey, we’re a whole damn planet. We don’t need to just have this one stinky little town,” said Nevarro citizen Greef Karga. “I mean we’re always fighting too, but there’s only like… I dunno, 50 people on the whole planet? So we said fuck it, grabbed a bunch of supplies, traveled due west for about a week, and started a whole new town. I think we’re the first planet in the galaxy to have two, which is pretty sweet.”

According to those who live on Nevarro, the effects of the second town have already been positively impacting the planet.

“It used to be so easy for the Empire or whoever to just show up to the one town on your planet and find you. Now they gotta look through two though,” explained one bounty hunter who wished to remain anonymous. “Plus, we can share a planet with people! Sometimes I’d show up to a planet and find out another bounty hunter already claimed it. The whole planet! These days, we can be like ‘you take that side of the planet, and I’ll take this side.’”

Despite praise, however, some are pushing back against the fast expansion of the universe’s towns.

“It’s such fucking bullshit,” said Chalmun, who owns a cantina on Tatooine. “My cantina is one of three or so in the entire galaxy and we simply don’t have the population to start opening up more. I don’t want to have to resort to tacky strategies to get more people into my bar — hanging up pictures of celebs like Darth Vader or Han Solo eating with me — but I will if I have to.”

As of press time, the mayor and supreme ruler of Coruscant announced that citizens voted to remain just one giant city engrossing their entire planet.