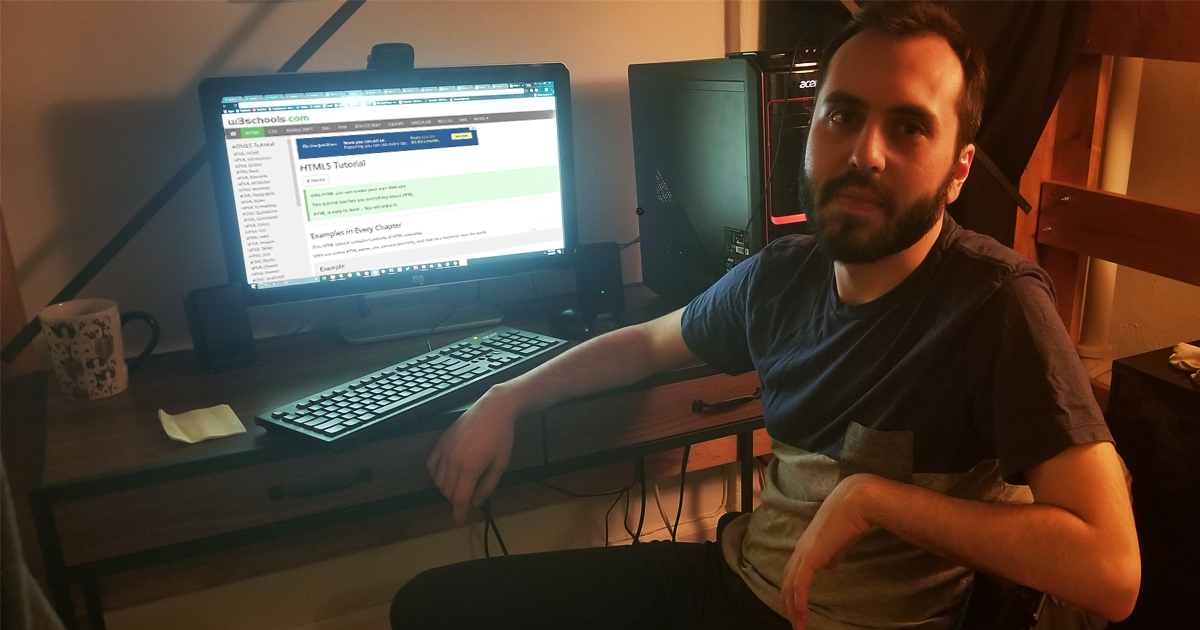 According to close sources, the 600-word online tutorial covered how to make a basic webpage with a colored background and varying font sizes and was briefly read by Fields after explaining the premise of his new video game idea.

“OK so you know open world video games? My idea is to do that but way bigger,” said Fields to a group of friends over drinks. “I think it would change the video game world, for sure. Imagine The Witcher 3  but it’s like 30 times as big but also you can get guns and it’s entirely online with other players. I’m gonna start writing an outline tonight and hopefully learning how to code soon so I can start making it.”

Those close to Fields say that he comes up with new, expansive video game ideas often but never follows through past the initial premise.

“It feels like every week, Garrison has a video game idea that’s just a more impossible version of a game he recently played through,” said Sarah Ferraro, a friend of Fields. “But it’s not like he has any idea how to make a video game. He thought Assassin’s Creed was made with HTML and it’s not like he even bothered to learn what that is.”

Despite setbacks, Fields is certain he can make the game once he convinces a major studio to jump on board.

“I figure I can just email Bethesda or Blizzard or somebody and get a job as like, the Lead Developer or whatever the ‘idea guy’ is called,” said Fields, reportedly. “I just have to be very careful because if I reveal too much about the game, whatever company I email is going to try to steal it. The next thing I know, I’ll see advertisements for Deathcon 5 all over the place. Oh yeah, the game is gonna be called Deathcon 5.”

At press time, Fields had drawn a crude rough draft of the map of his video game with sharpie on a piece of computer paper while at his job at a local pet store, which featured a size comparison with the map from Breath of the Wild and drawing of a woman in a chain-mail bikini.