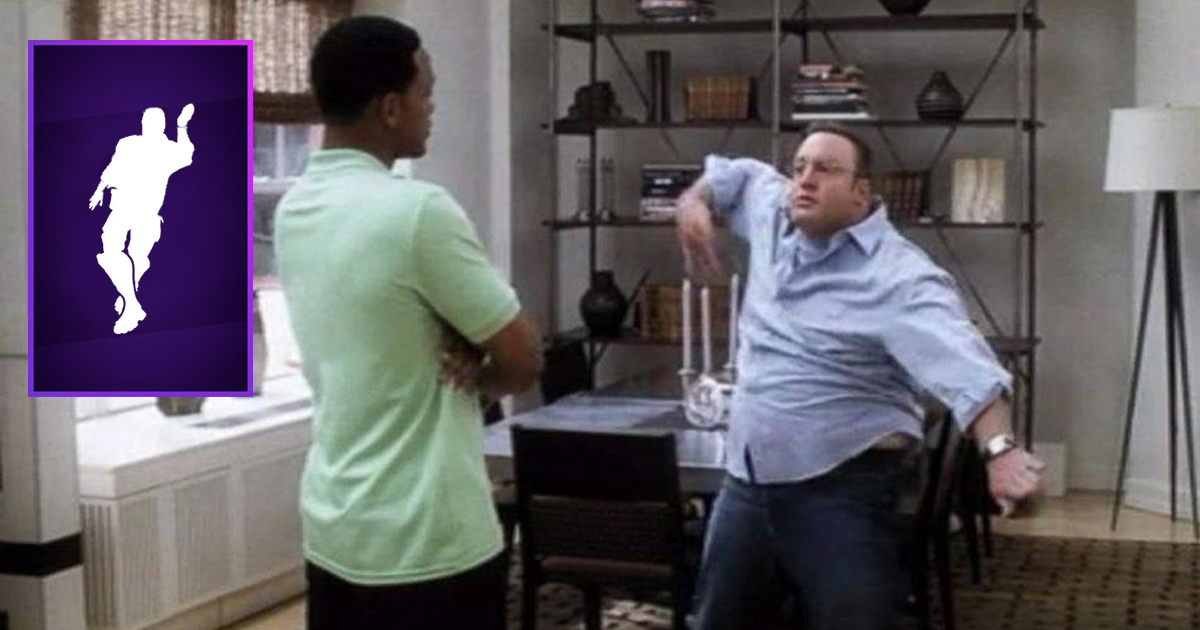 CARY, N.C. — Following the release of the viral TikTok Renegade dance as DLC content for their hit third person shooter Fortnite, Epic has announced that they are also adding Kevin James’ dance from the 2005 romantic comedy film ‘Hitch’ as an emote in the game.

“A lot of people think that it’s just little kids who play Fortnite, but there’s a whole range of players. We want our older, sadder players to also have a chance to express themselves in their favorite video game,” said Design Lead Eric Williamson. “Many of those players see Kevin James’ character Albert Brennaman as a role model — I think that, without a doubt, if Albert Brennaman existed today he would play Fortnite and he would buy the ‘Hitch’ emote.”

“And don’t worry, this thing isn’t gonna be the full $20,” Williamson added. “We know most older players can’t break the bank like some of the kids who play our games. I don’t know where it’s coming from, but the deepness of their pockets seemingly has no end.”

When reached for comment, Kevin James was unaware that his dance from the movie was being added to Fortnite.

“Look, if I’m getting paid to be in it, then that’s great,” James said. “But if I’m not getting paid, then the lawsuit is certainly already in motion, and that’s great too. It’s nice to know that a whole new generation of fans will be introduced to my embarrassing dance moves from ‘Hitch,’ which I imagine they will all emulate on Ticker Tocker [sic]. I just want young people to know who I am again. There hasn’t been a ‘Grown Ups’ in so long.”

At press time, thousands of young Fortnite players flooded the YouTube page for Hitch (2005) Official Trailer 1 – Will Smith Movie to comment “holy shit i can’t believe they made the dance from fortnite real.”