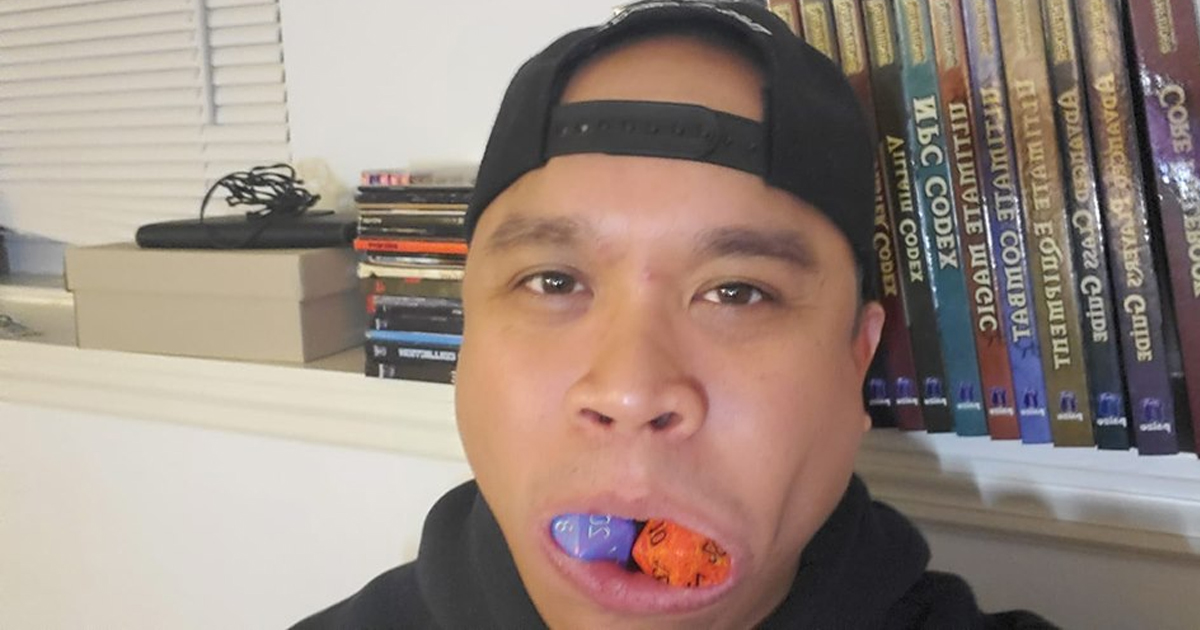 GREENVILLE, S.C. — A local Dungeons and Dragons group is being torn apart by player Martin Bellamy’s insistence on swishing their dice around in their mouth before every roll.

“I understand people have their good luck rituals like shaking dice excessively or blowing on them, but what this guy Martin does is way too fucking much,” said dungeon master James Roth. “Any time he has to roll, no matter the type of dice, he just tosses them right in his mouth and starts sloshing them around really fast like some human golf ball cleaner.”

“That being said, I can’t deny the results,” Roth continued. “They might be slimy, but dude hits nat 20 after nat 20.”

Other players in the group have also expressed their discomfort with Bellamy’s practice and its aftereffects.

“While the dice are in his mouth, they click against his teeth and he’s perpetually sucking up the drool from his lips being partially open and it sounds like clickaclickaclicka shhhlrrrgggggffsss,” complained Lisa Jones, the group’s cleric. “And then, when he’s done, he spits the dice back into his hand and tosses them on the table, gets his spit everywhere, leaves us to clean it up.”

“I swear I go through a whole container of bleach wipes every time I host a session at my place,” Jones added.

Bellamy stands by his good luck ritual, however, insisting he gets his best rolls after caressing the dice lovingly with his tongue and lubricating them with the proper amount of saliva.

At press time, Bellamy had swallowed several dice and was insisting his damage roll would, in fact, be completed within the next 6-8 hours if only his fellow players would have patience and faith in his process.