Dating Simulator Features Extra-Hard “What Are We?” Mode 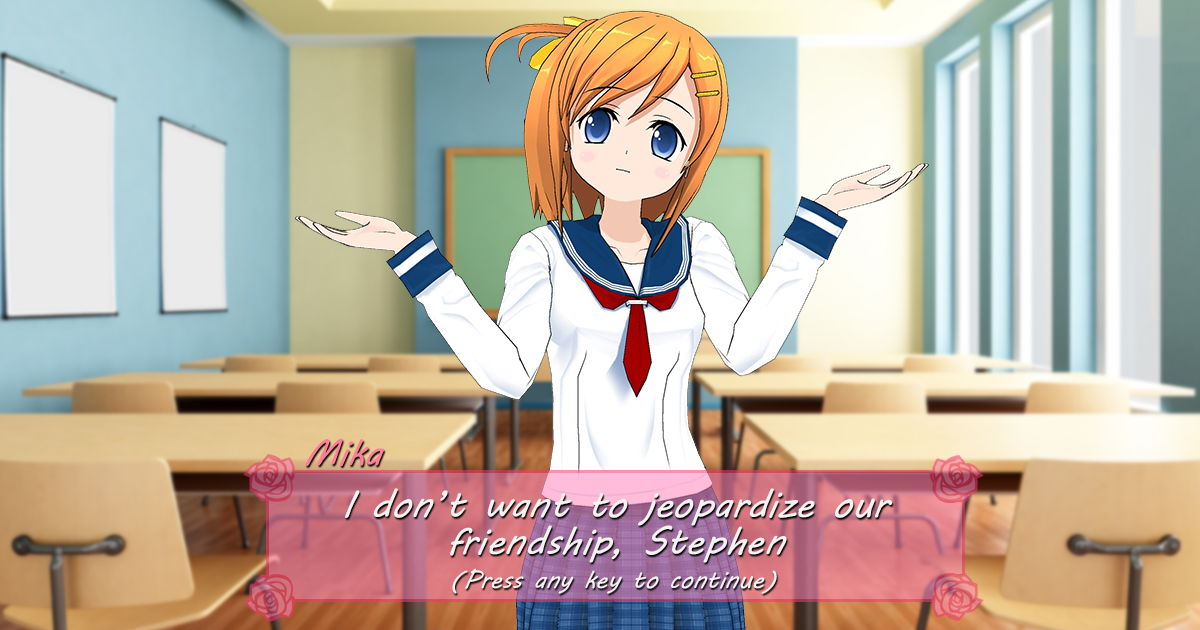 PALO ALTO, Calif. — A new dating simulator, University Tales, is making waves by offering a new extra-hard difficulty setting called “What Are We?” Mode. According to the creators of the game, the difficulty setting comes from a desire to cater to fans of both hyper realism in video games as well as the trend of extreme difficulty with games such as Dark Souls and Cuphead.

In addition to the game’s regular story, which puts the player in the position of a college freshman with delusions of grandeur regarding his own sexual prowess, “What Are We?” Mode challenges the player to a series of quick questions that heavily alter the rest of the game as well as their standing with that character.

“Regular dating sims challenge players through what they say to each character, what actions they take, and if they can remember who likes what,” said developer Ryan Albright. “What we wanted to do was raise the stakes a little bit and add a dose of realistic carnage to a genre that can feel stagnate at times.”

When in “What Are We?” Mode, after achieving a certain level of relationship with any of the eight characters possible a series of rapid-fire questions are triggered with less and less time to deliberate on answers. Failure to properly answer enough questions (such as “Where do you see this going?” and “How would you introduce me to your friends?”) results in losing that character as a possible partner for the rest of the game. Correct answers allows the player to consummate the relationship, but makes it very difficult to pursue a relationship with any of the other characters.

“It’s pretty tough,” said fan Mark Ford, taking a break from the game. “I did a playthrough where I fooled around with one of the characters, Rina, then she started asking what kind of life I pictured us having and whether I thought her exes were right about her or not. I hadn’t even been playing the game for that long at this point.  It was pretty intense.”

At press time, University Tales announced that they would also be trying out DLC that features a contrasting extra-easy difficulty setting called “Get This Dog to Like You” Mode.