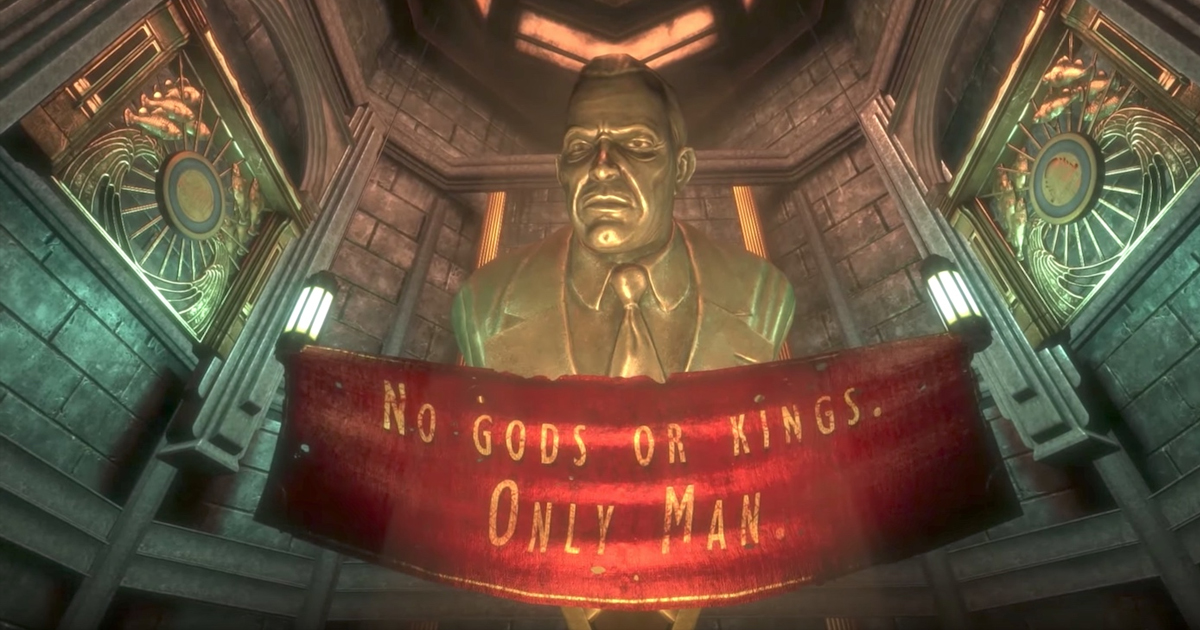 RAPTURE — Confusion reigned in the underwater metropolis of Rapture today after residents tore down the imposing statue of patriarch Andrew Ryan at the entrance to the city, and were left unsure exactly what to do with it.

“We were all set to go dump this big fucker in a lake or a river or something,” explained one protester. “Then we looked around. That’s kinda where we’ve been stationed since.”

The isolated underwater city has proven troublesome for disposing of the oversized bust. The crumbling infrastructure, left in the wake of a ravaging civil war in the late 50s, has yet to be fully rebuilt, leaving protesters to decide what corner of ruin is best for stashing the fallen statue.

“I wanted to dump the thing in a Bathysphere and tell it to fuck off, but there’s only one working one left in the poor neighborhoods,” explained the protester. “And good luck trying to get this big ass thing past the Splicer Cops guarding the spheres in the rich neighborhoods. I’m about ready to toss it in the yard of whoever thought it was a good idea to yank it down in the first place.”

The Rapture Police Department’s squad of ADAM-enhanced shock troopers have caused many problems for protesters throughout this latest period of unrest in the city, as the department’s quick tempers and hair-trigger use of plasmids have quickly become the conflict’s focal point.

“I’m out here with nothing but a wrench I had with me from work,” said another exasperated protester known only as Jack. “Meanwhile these fuckin’ Splicer Cops are hitting us with lightning, ice storms, they even dragged an old Big Daddy out from somewhere and trudged it out to fuck us up. I guess nobody told them using Big Daddies these days is a war crime.”

In the meantime, the statue seems to have for the moment been abandoned in the city center, with RPD officers finally having dispersed the unruly crowd after asking them to “please return to your homes, would you kindly.”