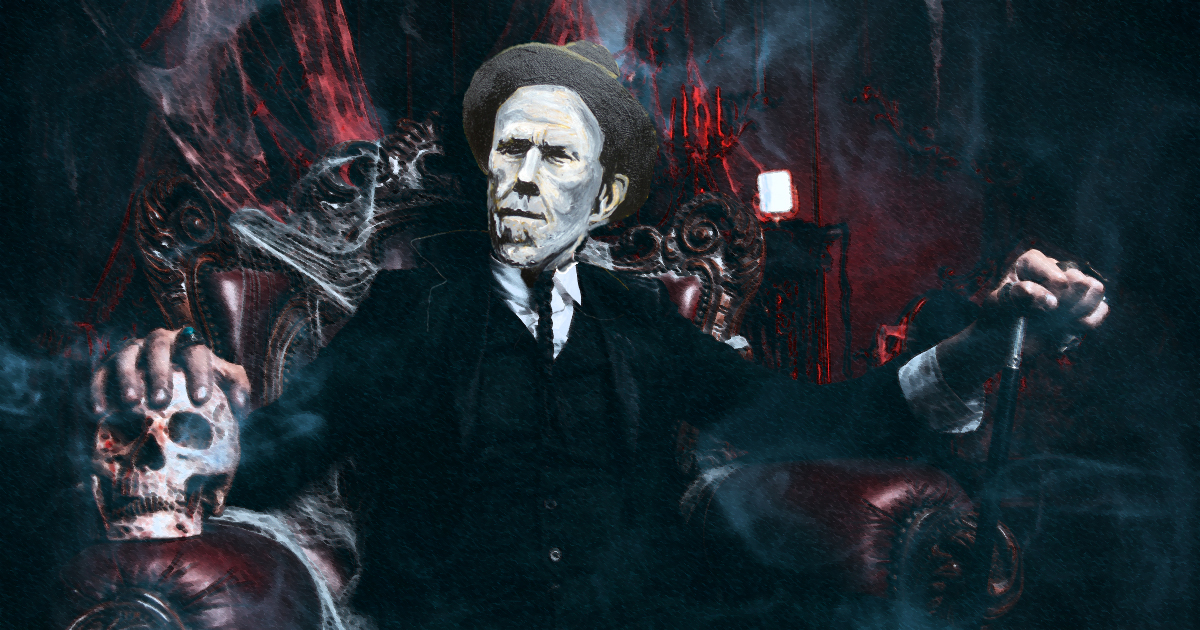 Tom Waits was born in the back of a boxcar in 1890, the son of a feral dog and a haunted phonograph. He has survived for over a century by splitting fragments of his vagabond spirit into horcruxes, enchanted objects that will keep him immortal unless they are destroyed beyond repair. These are the 5 horcruxes we know of, and here’s their definitive ranking.

5. A Jukebox Serving Three Life Sentences For Homicide
A Wurlitzer 1015 Jukebox from the 1940s that was found guilty of murder in the first degree. On a cold winter night in 1967, the Jukebox attacked and killed a truck driver who had been flirting with a truck stop waitress that the Jukebox was fond of. In a jealous rage, the Jukebox lost all control and accidentally murdered the waitress as well. Originally sentenced to death by hanging, the Jukebox’s sentence was instead commuted to a triple life sentence as the Jukebox could not be hanged as it didn’t have a neck. The only albums in the Jukebox’s catalog are multiple 7” singles of Roger Miller’s hit single “King Of The Road.”

4. A Coffin Fashioned From The Wood Of A Hangin’ Tree
This box was built from a mahogany tree that was used in at least three murders committed by hanging. The tree originally held a tire swing until the tire was severed so that its rope could be used to carry out each of the hangings. The killer was never caught and the family who owned the property that the tree was planted on eventually cut it down. Facing hard times during the Great Depression, they sold the tree to the local lumber mill. The tree was then used to build a coffin, though no one knows where it ended up beyond the general consensus that it’s somewhere now in the cold, cold ground.

3. Filipino Box Spring Hog
Full disclosure, we don’t know what the fuck this one is. We just know that it’s definitely one of Tom Waits’ horcruxes. There’s speculation that it’s a mattress burned down to the springs for the purpose of barbecuing a pig that’s known the horrors of war, but your guess is honestly as good as ours on this one.

2. A Blu-Ray Copy Of Bram Stoker’s Dracula
Tom Waits is an actor in addition to his work as a homeless street musician, and has appeared in a number of films that a lot of people have probably never bothered to watch. This Francis Ford Coppola adaptation of the famous vampire novel may have been one of the more popular films Waits has appeared in, but it’s a safe bet that nobody owns this on Blu-Ray. So good luck destroying a horcrux that nobody wants to have in their possession.

1. An Out Of Tune Player Piano Whose “Money Is No Good Here”
This Steinway player piano from the early 1920s only plays the folk song “Old Gray Mare,” but out of tune and very poorly. Believed to be the actual piano from Waits’ song “The Piano Has Been Drinking (Not Me),” this self-playing instrument has been cut off and refused service at nearly every bar along the east coast. The few bars that will still allow the piano on the premises don’t allow it to keep a tab running anymore, demanding payment up front for each and every drink served.

There could be other horcruxes, we just don’t know. Tom Waits is up to something in that derelict shack on the hill. There’s always strange noises, and we know he’s got a router and a table saw. So what’s he building in there? Probably more horcruxes.