Opinion: I Can’t Help You Raise Kids Because I Don’t Believe in a Patriarchy 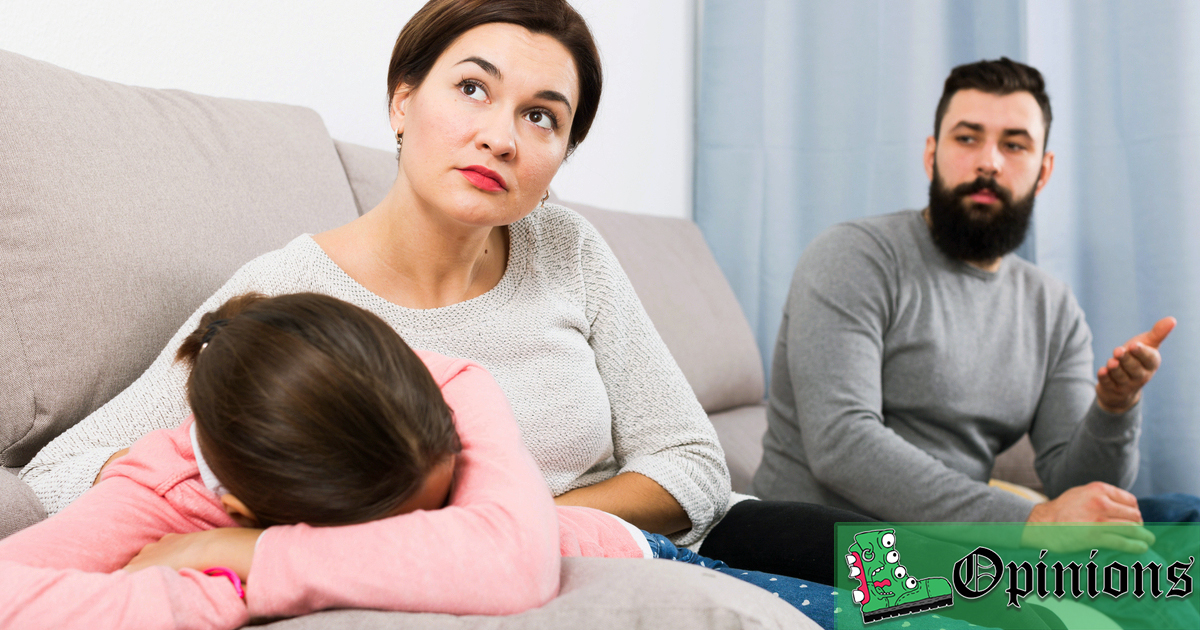 If I raise my own children, am I not enabling a patriarchal society upon their impressionable minds? Children are our future, and they need to imagine a life without men always in authority.

If you want, I can ask my Aunt Helen to help out, instead. She’s not doing much, she’s just a nurse. Imagine how empowered my offspring will be if they see two female figures raising them. I would never force my children to live in a traditional two-parent household. Not everyone is cisgender or straight. Our world is beautifully diverse. So why would I want my children to only be exposed to such a narrow view of what constitutes a family?

Change has to start at home.

As a proud male feminist ally, I understand that men can be oppressive. And that’s why I think my male presence would simply undercut your naturally maternal offerings.

In the words of yes kween Ruth Bader Ginsberg, “True equality cannot be achieved until women run everything.” Or something like that. And who am I, a mere straight man who cannot begin to understand the oppression of women, to argue with RBG? I humbly and submissively retire my role as patriarch to history where it belongs.

The children can call me “Peter” or “Cool Pete” or “Uncle Petey,” but “Dad?” No thanks, gross. I don’t want to give them daddy issues.

And I’d like to think, in a similar way, that you’ll grow to see my refusal to parent as an act of defiance against archaic roles. What is fatherhood but The Man dictating to a child how to live their life? I will not stand for that. I will not bow down to tradition just because society and the law tell me to.

That’s not to say I don’t want kids. I’m a philanthropist, after all, and would love to save some kid from Africa. All that to say, yes, honey, I will adopt a child with you. As long as you do all the work.

I mean, I’ll let you know if you’re doing it wrong, but like, that’s it.