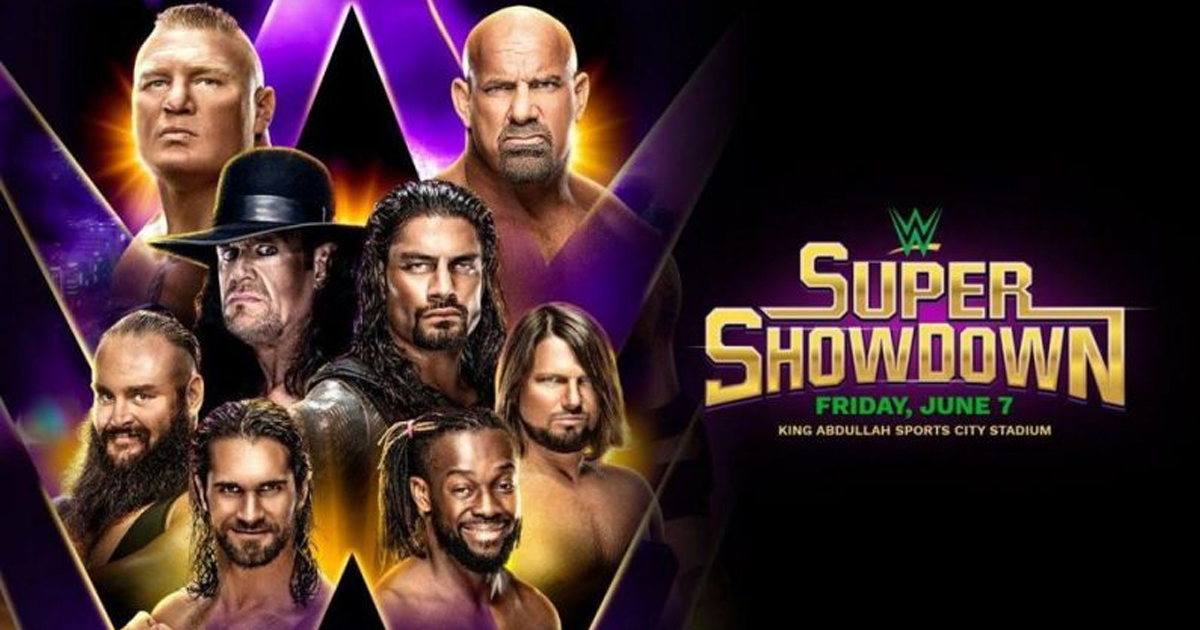 SAUDI ARABIA — World Wrestling Entertainment CEO Vince McMahon has made a rare exception to the rule banning blood from their events to count the total grosses of today’s Super ShowDown event in Saudi Arabia.

“My god, look at how fucking big that thing is,” said McMahon, referring to the damp sack of money handed to him by Saudi prince Mohammed bin Salman before today’s show began. “The WWE has not condoned blood being shown in our product since Shawn Michaels got a little too much color one night in ‘08. We’ve been in what’s known as the ‘PG Era’ ever since. No rules against accepting money which is sopping with blood though, pal.”

Super ShowDown is the third pay-per-view event to take place in Saudi Arabia since WWE signed a lucrative contract to produce shows in the country for the next decade. Most of the current roster made the trip, except for those whose race or gender determined them unwelcome to perform, a detail that some of the athletes have said is perfectly normal.

“Sports entertainment is all about ups and downs,” said Dolph Ziggler, who is facing WWE Champion Kofi Kingston at today’s event. “For example, I was left off the WrestleMania card this year. I didn’t give up, I just kept fighting, kept working. Now here I am fighting for the title. Today the entire female roster got left behind, because our performative commitment to advancing the place of women in our company has absolutely nothing on a big stack of bloody money. They just need to keep fighting.”

With television ratings declining and competition fiercer than it has been in decades, McMahon defended his choice to continue making eight figure paydays in Saudi Arabia less than a year after American journalist Jamal Khashoggi was murdered and dismembered by 15 Saudi agents in a Saudi consulate in Israel.

“Hey, who remembers the fucking Undertaker?” he said, when asked about the morality of doing business with a country that forbids WWE superstar Sami Zayn from making the trip, due to his Syrian descent. “Because I gave him two million dollars to hit Goldberg with a tombstone. That’s good shit!”