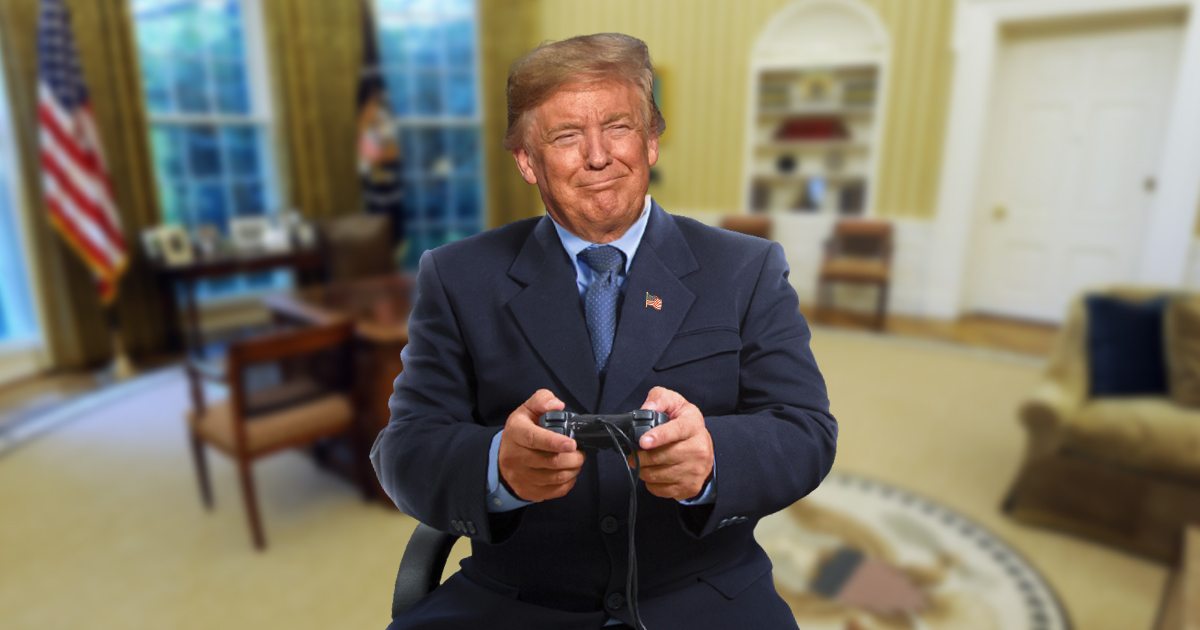 “We all know — and everybody says this, ask anybody — that if your character dies within 20 minutes, then the turn doesn’t count, and you deserve four, eight, maybe even 12 more turns,” said President Trump while pressing “continue” to begin another round of play.

“Besides, I had to get through a really difficult level when I started playing on Obama’s old save file. This section is harder than any section anybody else has ever had to deal with, and in fact, the game probably has a glitch put there by liberals coders or something,” explained the president, driving his character’s vehicle directly over a waterfall. “If I was president of this game, the first thing I’d do would be to build big, beautiful, seven-lane roads, and make the bad guys pay for them, too!”

Trump’s consecutive turns in his favorite game, Halo 3: ODST, were taken at the expense of other, more talented players hoping for a chance to play.

“I’m calling on the American people to let me play! I’ve been very patient, and I’m kind of a stickler for rules,” said presidential and Halo-playing hopeful, Joe Biden. “I might not be able to beat the whole game by myself, but I’m sure I can at least avoid what appears to be intentional suicide.”

Even if Trump were to eventually give somebody else a turn at the game, experts believe it unlikely he’d simply hand his personalized gold-plated controller to Biden or another qualified player and would instead choose somebody from his friends list.

“I’m not at all worried about waiting for my turn to play,” said Donald Trump Jr, 42. “Every couple years I’ll ask dad if I can have a turn, and he always says I should wait until I’m older, and I totally get it. Though I’ll admit sometimes I’m worried he’ll give my turn to Ivanka or even that Putin guy he keeps talking to over Xbox Live.”

As of press time, Trump was complaining the real issue wasn’t so much with his play, but rather with the worn-out controller sticks he’d inherited from former President Obama.