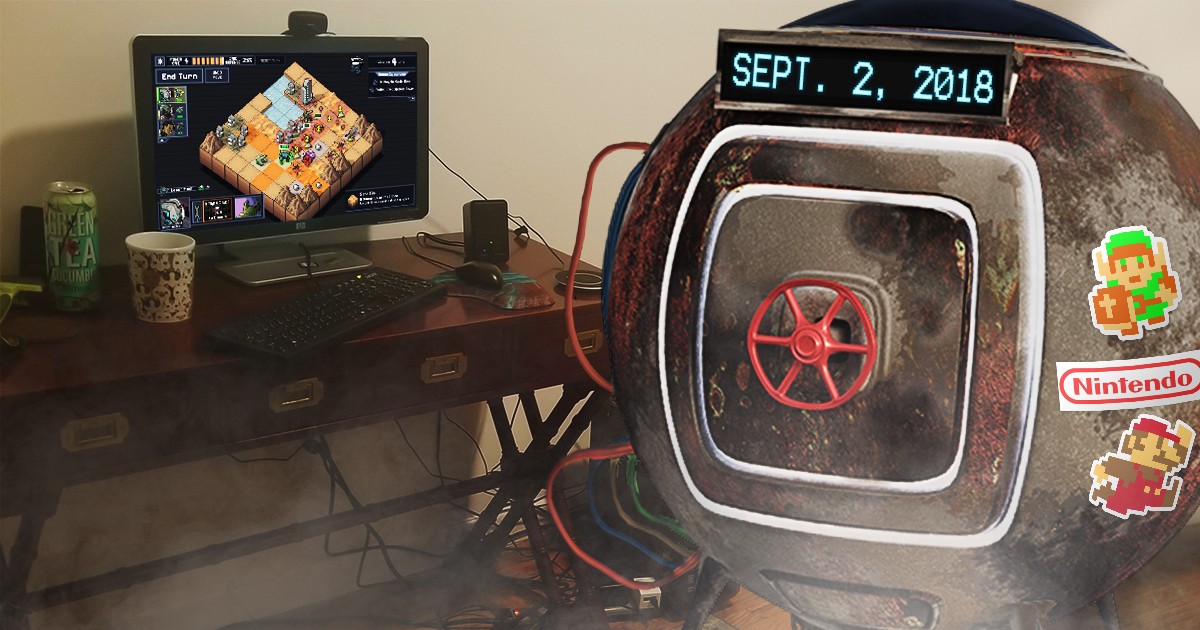 SEATTLE —  A time traveler from 1994 has awoken to a world altered by 24 years of technological, social, and cultural change, but was reportedly disappointed to discover that one of his favorite hobbies seems to have been frozen in time with him.

After emerging from his self-made machine, engineer and gaming nerd Tim Clemens procured a list of “the greatest games of the past ten years,” and began playing them.  Excited to see what two-and-a-half decades of progress had done to video games, Tim first chose Subset Games’ unanimously praised hit, Into the Breach.

“They must’ve made a Super Nintendo PC right after I went under!” Clemens reportedly said five minutes into his play session. “What a minute, this is from the current year!? I don’t understand how I skipped two full decades to play the coolest new games and all of them are identical to what I’m used to in my own time. 2018 needs to talk to the hand.”

Although Clemens returned to 1994 after only one hour of gaming, researchers were able to discover a notepad that was left behind. The following notes were retrieved from Clemen’s findings as he played the top indie games of the last few years:

Clemens’ breaking point was reportedly preceded by a shout of “twenty-four fucking years I waited, to play as an Eastern European border guard in a shed?”

He then threw his wireless controller across the room, remarking as he picked it up, “Sorry, didn’t realize it was wireless.  That’s pretty cool actually.”