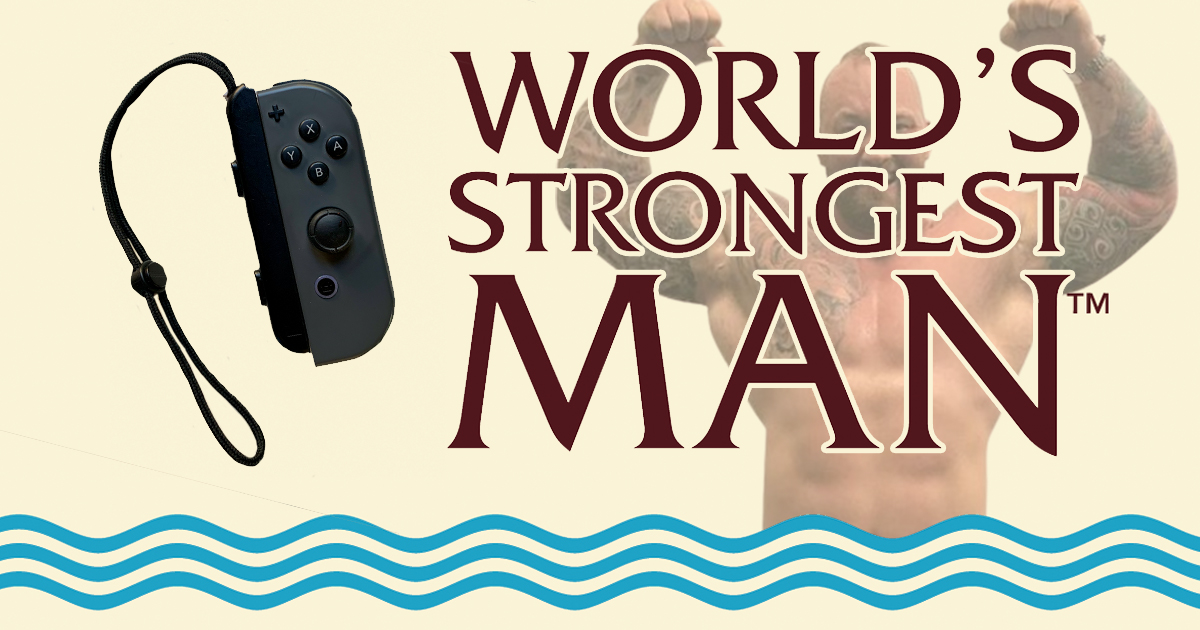 SANTA BARBARA, Calif. — The World’s Strongest Man competition announced a new annual event, in which entrants will compete to remove the small plastic attachment from a Nintendo Switch Joy Con after it’s been slid on the wrong way.

“Fans already love our extreme events, like the truck pull and the anvil toss. We thought we’d step up to something even more challenging this year,” said a spokesperson for the contest. “Some of our athletes have already threatened to quit, saying the new event is too hard. But that’s what World’s Strongest Man is all about — pushing the limits of the human body.”

For gamers, attaching the Joy Con cover upside down is considered a great personal hardship, as they must risk serious injury in order to remove it and get back to playing. The strongest people on earth, on the other hand, saw it as a thrilling challenge.

“We take a lot of risks to do what we do. Torn muscles, herniated discs, even broken bones. But the Joy Con event is pushing it to a whole new level,” said Martins Licis, current holder of the World’s Strongest Man title. “I started training last week, and I’m already nursing a brutal little pinch on my fingey.”

The competition hoped the addition would bring more gamers into the audience, but it backfired, as many gamers considered the event disrespectful.

“I’ve lost some precious hours of gaming to that little plastic piece. Is it my fault that I didn’t look at the plus sign and minus sign to make sure they’re lined up? Sure. Does that make me feel any better about being a grown woman spending 30 minutes trying to get it off? No,” said local gamer Sarah Grant. “My life isn’t some kind of silly game. Have some respect.”

Unconfirmed reports also suggested another new event: pushing the television stand forward to check if the HDMI cable is connected.