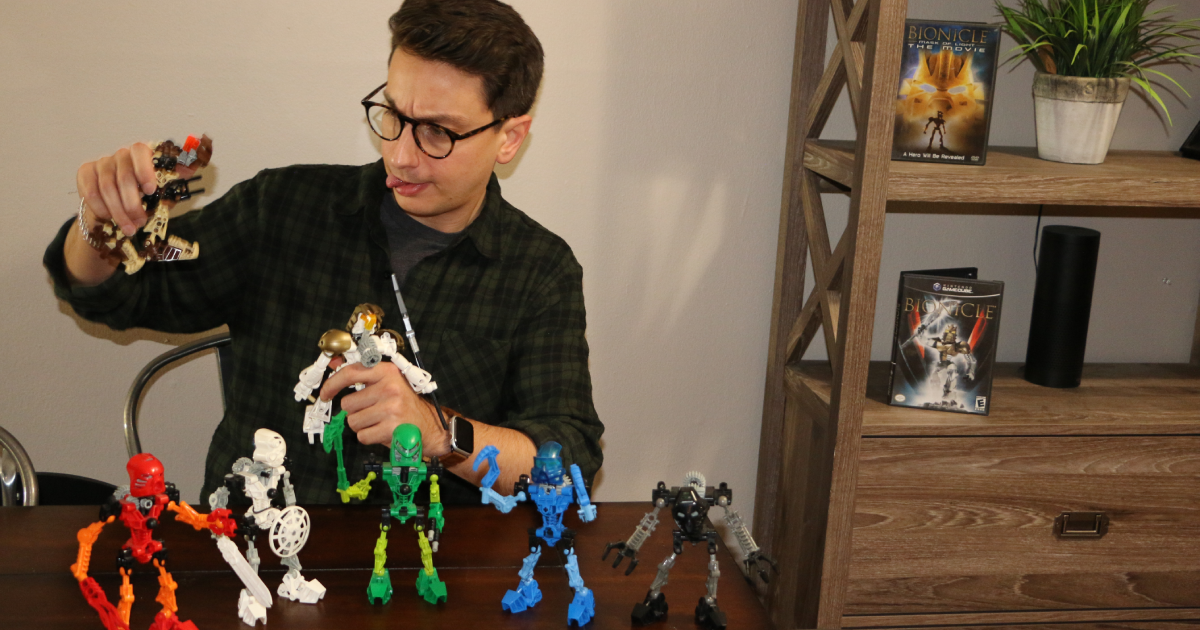 MILWAUKEE — Nostalgic 26-year-old James Crawford claims he spent his week reminiscing about the halcyon days of 2001, though sources report he was mostly pining for LEGO’s Bionicle line.

“I just can’t get my mind off those good old days when the future felt so much brighter, back when I still had friends and a sense of purpose,” said Crawford. “Of course those friends were the Toa and Matorans of Mata Nui and the sense of purpose I mentioned was based solely on collecting and building all the Bionicle sets. Yeah, those were the good old days.”

Many of Crawford’s acquaintances expressed surprise that he would be nostalgic for 2001 at large and not merely the Bohrok story arc and subsequent toys that were released as a result.

“I mean if we’re being real, 2001 was a disaster of a year, with 9/11 and the impending war and everything,” said Danielle Cohen, a childhood friend of Crawford’s. “Oh, come to think of it, his parents got divorced that year. It was pretty ugly. Yeah, he just misses Bionicle I think.”

Crawford’s father, Arthur Crawford, had a less rosy recollection of 2001 as his progeny.

“Yeah, 2001 was a god awful year for me and the family as a whole,” the elder Crawford said.  “There was the divorce, me losing my job, hell the dog even ran away. To make matters worse, I had to shell out all that cash for those weird LEGO robots James was always going on about. I still remember the tagline ‘Six Heroes, One Destiny,’ because I figured that one destiny had to be to empty my wallet.”

At press time, James Crawford was still refusing to acknowledge how woeful 2001 was, discussing instead the point and click game hosted on Bionicle’s official website as a high water mark for digital media.