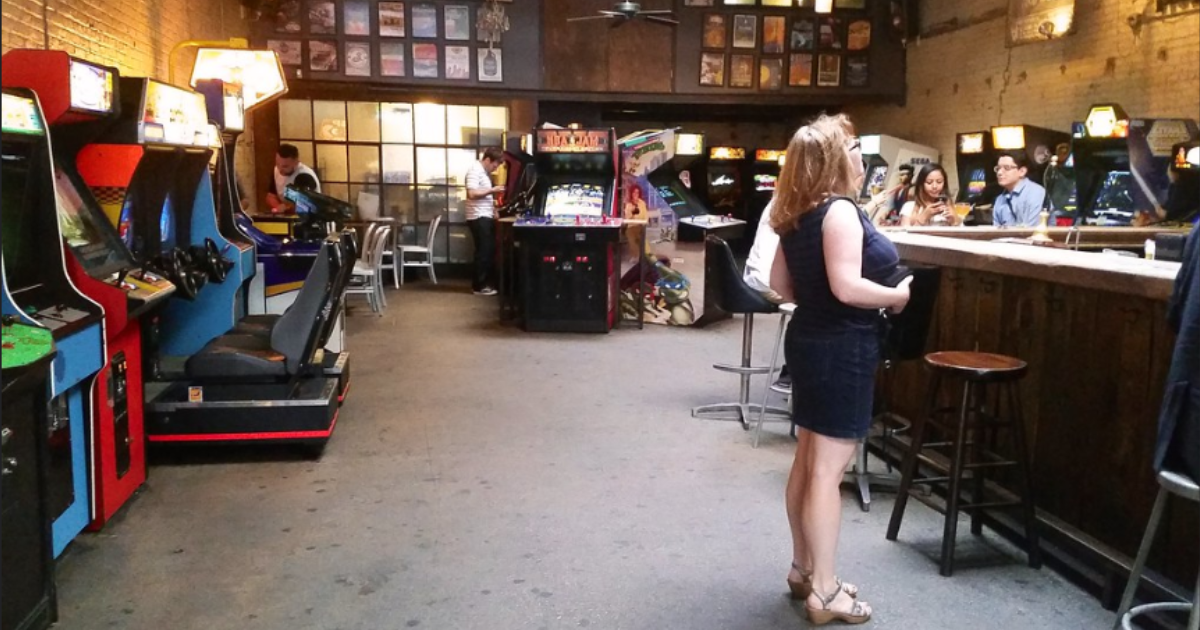 BOSTON — Local barcade owner Giovanni Costi has been relentlessly attempting to achieve a perfect ratio between bar and cade at his local third-floor mall establishment, The Black Cat.

“It’s a hassle to try and please the bar regulars and these gamer dudes at the same time,” said Costi. “The local dads are just trying to escape their wives’ shopping sprees and always complain about the damn beeping sounds, and the nerds can’t handle more than one Coors Light. Every day I regret selling my billiards bar for this shit.”

Local gamers have been less than thrilled with the reportedly unbalanced bar/cade elements, and claim that Costi is inconsiderate for not taking their needs into consideration.

“I decided to leave Dave & Busters because I felt weird competing with middle schoolers to win the last finger trap,” said gamer Wesley Holden. “But divorced dads screaming about how the Red Sox lost again is somehow worse. Plus, it’s ignorant that the owner thinks that seven Street Fighter games is enough for an arcade.”

Bar patrons don’t recognize Costi’s efforts, and some are considering taking their excessive alcohol consumption to another establishment.

“I’m tired of the weird locally brewed IPA drinks and ‘Mario Super Sunshine Wraps’ or whatever. I just want a Bud Light and a regular burger,” said frequent drinker Martin Caprese. “I wanted to give this place a shot because Giovanni’s a cool guy and all that, but it always smells like ball sweat. I heard he’s adding stand-up comedy open-mic nights, too — that’s where I draw the fucking line.”

Local interior designer Lena Dewey claims to have previously warned Costi about his bar/cade ratio during the renovations.

“He insisted that we put in five air hockey tables and then said he was only gonna serve two beers on tap,” said Dewey. “It’s like the guy didn’t plan this at all. I won’t feel bad for him when the place turns into a Starbucks in a few months.”

At press time, Costi had just announced plans to remove one Ms. Pac-Man game and add fried pickles to the menu in hopes of surpassing his 3.5 star Yelp rating.