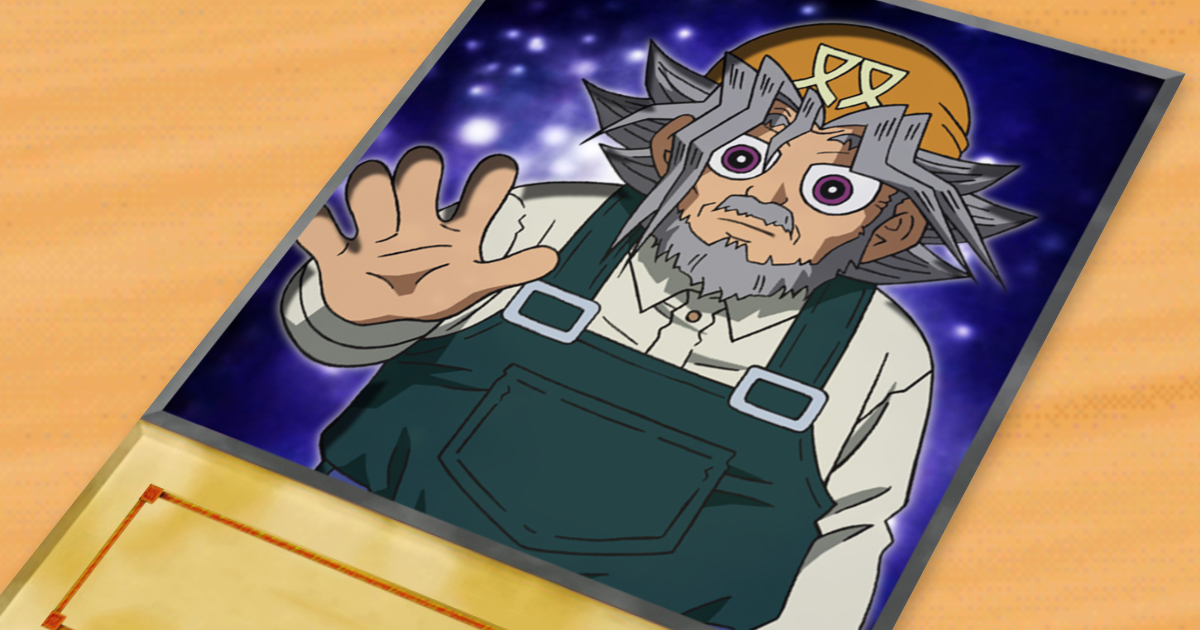 DOMINO CITY, Japan — After having his soul trapped inside a playing card, local game shop owner Solomon Muto has begun to express his frustration over the situation, bemoaning his own lack of foresight in not using the restroom before being captured.

“Look, I can accept that I may have to spend an eternity trapped in a still, agonizing pose. That’s just Duel Monsters,” Muto said through gritted teeth. “But the fact that all this happened when I had a bladder full of seltzer is really inconsiderate.”

Muto was sealed into a card by the creator of Duel Monsters, Maximillion Pegasus, as punishment for the former’s grandson losing to him in a game. Though his grandson, Yugi, has now begun a quest to free his soul from the card by winning the Duelist Kingdom tournament, Muto still feels that his patience is being unfairly tested.

“A whole tournament? I taught my grandson to drag the game out as long as possible! My deck has no pathetic cards,” Muto said. “And it’s not like things were rosy to begin with. My doctor recently advised me to start drinking cranberry juice and consider wearing Depends. This borders on elder abuse.”

Despite his frustration, Muto eventually began to accept the literal card he’d been dealt, looking for ways to adjust to his new life as a trapped spirit that really, really has to pee.

“There’s gotta be some way of dealing with this,” Muto said. “Maybe they could seal a toilet into a spell card and then play my card face down to use it or something please for the love of God.”

When asked about the possibility of perhaps adding a toilet to Muto’s card prison, his captor and creator of Duel Monsters, Maximillion Pegasus, simply scoffed while swishing a glass chardonnay.

“Such a foolish request. A toilet obviously doesn’t have a soul for me to even seal inside the card,” Pegasus said, with a deeply evil chortle. “I bet he’s trying to distract me from my efforts to humiliate his grandson and steal his Ancient Egyptian Artifact.”

Pegasus has since chosen to keep the card in a separate room after it began giving off a ripe smell.