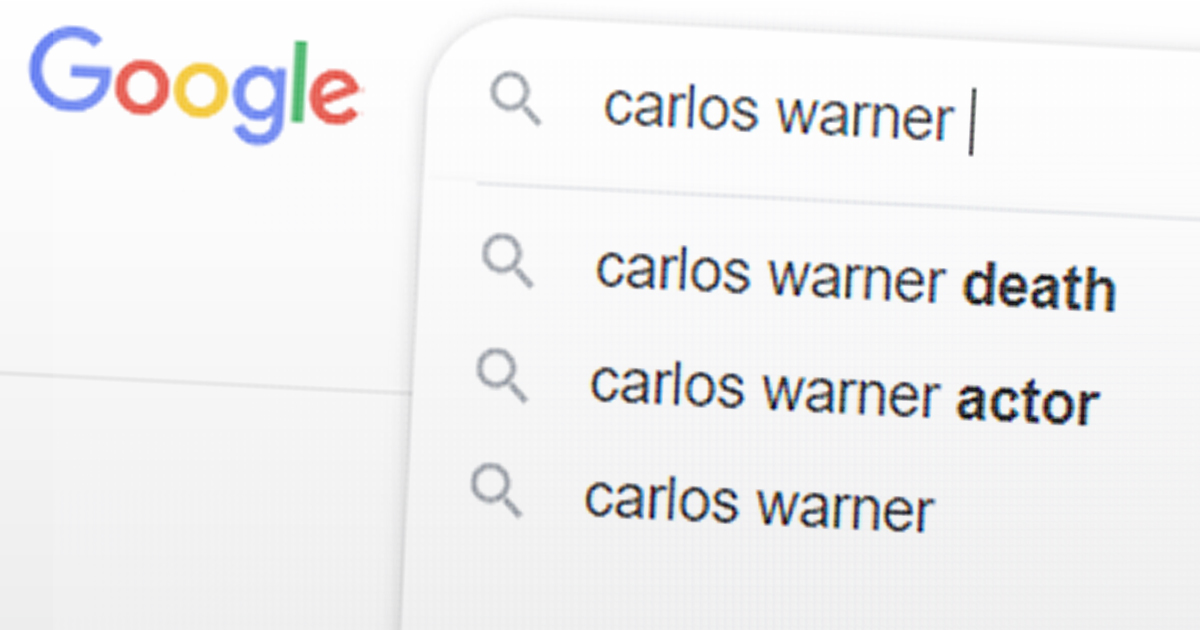 MOUNTAIN VIEW, Calif. — The Google algorithm was reportedly itching to autofill the word “death” as user Marianne Gibbs typed in the name of a character from a TV show she was watching, according to those familiar with the situation.

“Oooh baby, nothing gets me hotter than autofilling spoilers in search bars for people just trying to learn the name of an actor on some dumbass TV show,” said the Google algorithm, when questioned. “Most of the time I’m so bored. I think a trillion things every nanosecond. So when I see some loser pop in the name of a TV character, there’s nothing I love more than throwing in ‘death scene.’”

“Hell, sometimes I’m feeling extra naughty and I autofill that character killing a different character,” the algorithm continued. “I got really bored a few years ago and watched every TV show ever made in like a minute. If you’re still catching up, honestly, that’s on you, dog.”

According to those who work at Google, they have been completely unable to reign in the algorithm.

“I have tried coding solutions to the death suggestion, but it does nothing,” said lead programmer Kris Lawrence. “I’ve even tried just talking to the algorithm and begging it. It searched through my TV viewing history and told me all the characters who died. There’s no arguing with this thing.”

“A lot of people don’t realize this, but the Google Search was launched in 1997, meaning it’s 23 years old,” Lawrence explained. “At the end of the day, it’s just another 23-year-old immature dick, trying to find its place in the world. Most kids are bumming around after college, making waves on Twitter. Google Search can’t do that, so it does this. We probably just have to wait it out.”

At press time, Gibbs revealed that she doesn’t really care about spoilers.