Epic Games Store to Only Accept Your Parent’s Credit Card 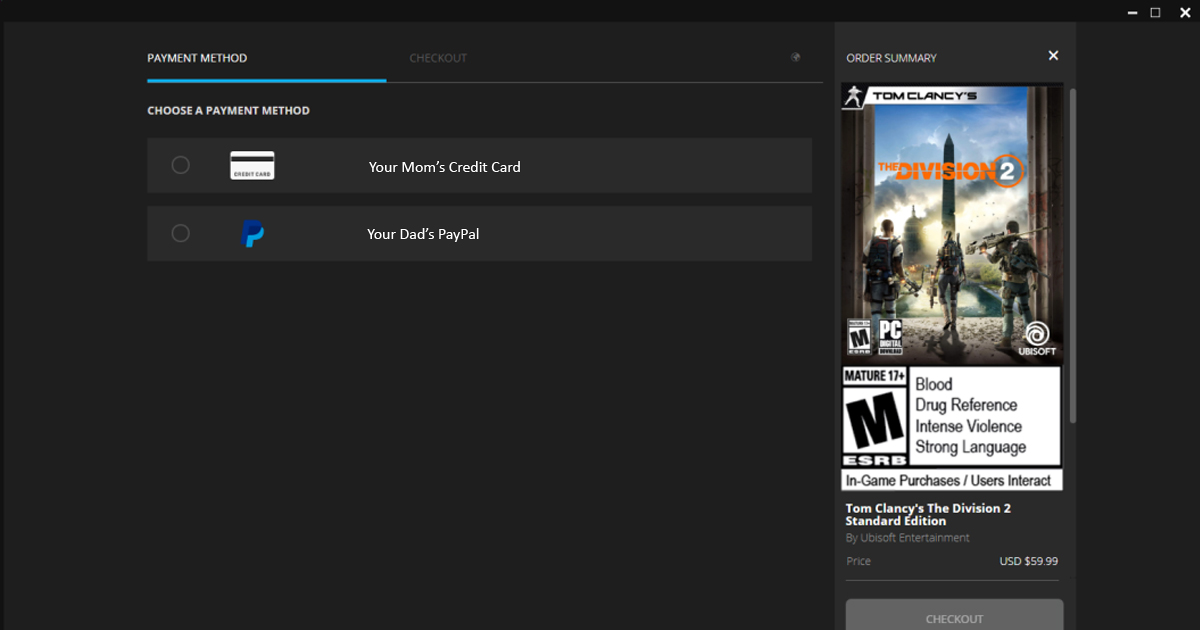 CARY, N.C. — In its continued effort to differentiate itself from the Steam Store, Epic Games CEO Tim Sweeney announced that the only form of payment the Epic Store will take going forward is your parent’s credit card.

“We have given away free games, signed exclusivity deals with various publishers, and promised a more fair revenue split with creatives, but this is the first move that defines what it means to be a customer of the Epic Games Store,” Sweeney explained at a press conference. “Which is, of course, being a 12-year-old boy who is bankrolled by their parents — who really ought to be paying more attention to their child. That’s our sweet spot, baby!”

Sweeney went into further details about how the new payment system would work compared to its main competitor, the Steam Store.

“Due to our revolutionary agreement with all the major credit card companies, you won’t even need to type in the full details of the credit card to make a purchase,” he said, showcasing a tech demo. “Just type in Mom or Dad. If you have a step-parent, feel free to type in their first name with a bit of disdain, and our system will automatically fill in your parent’s card info so you can go ahead and buy all the Fortnite costumes you want. Isn’t that lit, children?”

However, the seemingly easy to use system does have some anti-consumer practices that Sweeney has said will not be changed before launch.

“If we see any charges on that credit card statement for Apex Legends, we will hack into your social media and release all of your most embarrassing secrets. The only way out of Fortnite is in a body bag, got it?”