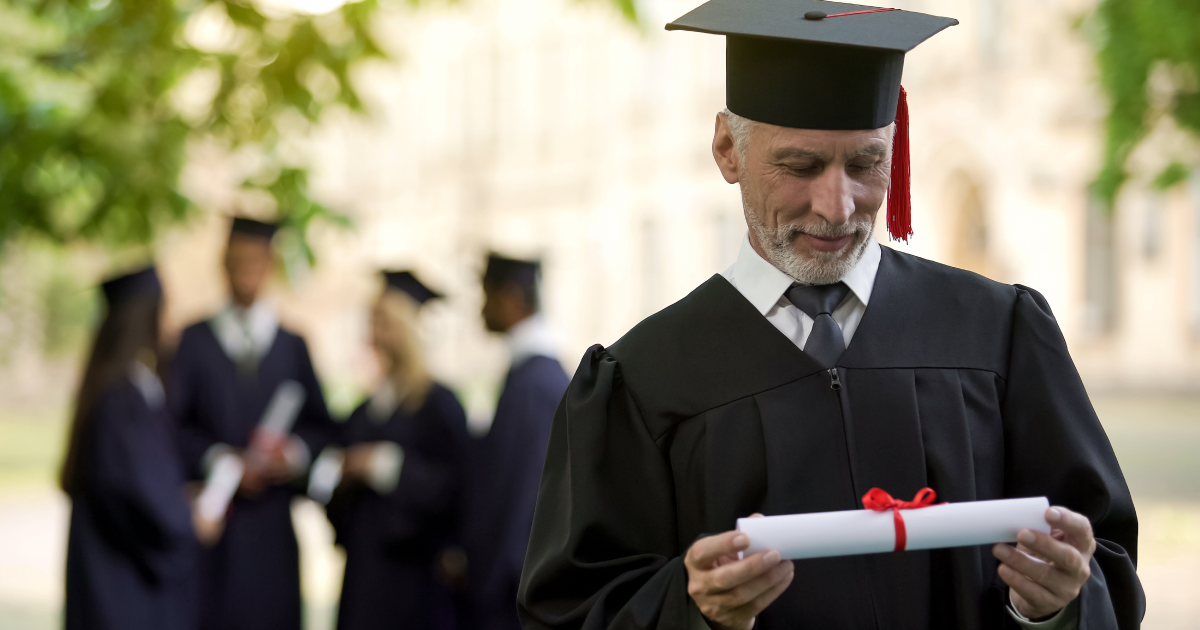 NEWARK, Del. — Tom Connor graduated today from the University of Delaware with his 140th and final bachelor degree, having taken every class in the school’s curriculum and successfully completing his 100% run of the entire university’s offerings during his 50 years of enrollment, claiming a new world record in the process.

“When you play through Skyrim, you don’t just join the Stormcloaks and call it a day,” explained Connor, 73, a self described completionist. “No, you join the Dark Brotherhood, Thieves Guild, College of Winterhold and every other faction because you want to experience it all! And that’s exactly why I had to join the College of Business, College of Engineering, and the College of Arts and Sciences. It was really tough keeping up my grades while being president of every club and Greek organization as well as captain of every sports team, but no one said a full playthrough of college was going to be easy.”

Connor started his long journey as a freshman back in 1970. Since then, administrators have patched more and more content into their curriculum expanding Connor’s journey even further. Luckily, Connor was able to stay on track by taking online courses, often while sitting in other classes simultaneously. Carter Rosemont, the University of Delaware’s dean, was excited to honor the school’s first ever 100% graduate.

“We’ve not seen such an exciting bit of scholastic speedrunning here since Justin Meloro set the any% speedrun record by receiving early college credits in high school and blowing through his associates degree in a single semester,” he said at a ceremony held to honor Connor’s achievement. “And he did it without exploiting any of the holes in this fine campus’ walls.”

At press time, Connor had been accepted to join the university’s annex school, the Delaware Literary College, making his 100% run, only 87%. “I fucking hate DLC,” he said when asked to comment.