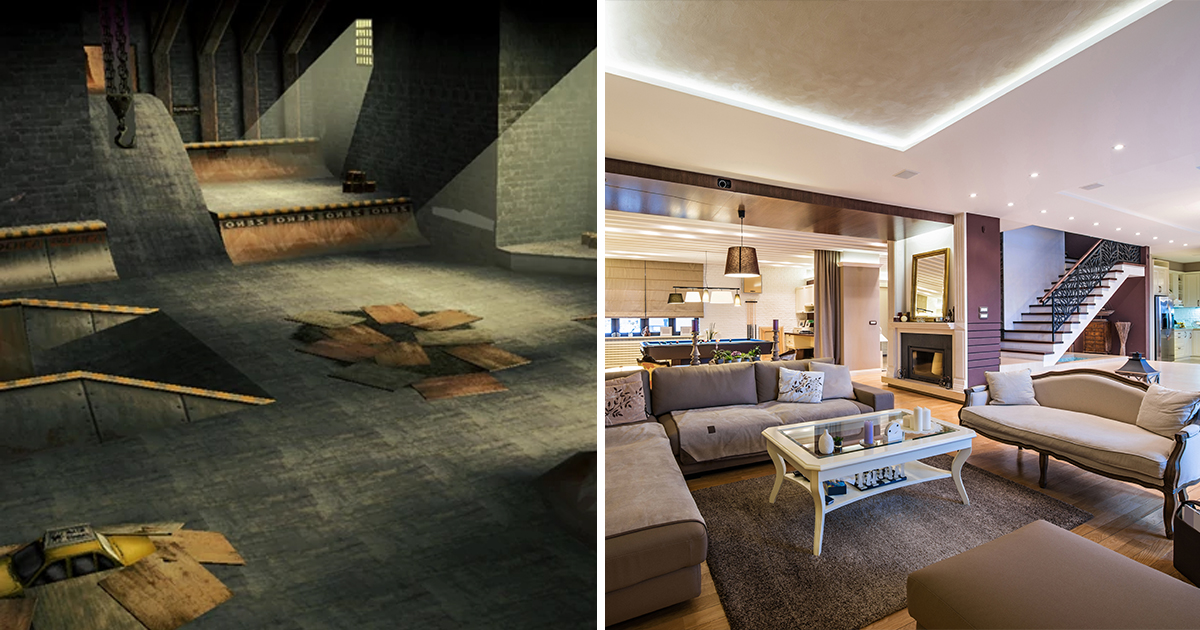 “This is straight bullshit,” said skater Miles Mackenzie, who has been camping outside the brand new residences all week. “I’ve been skating in there since I was 6 years old. I could find the hidden tape above the half-pipe with my eyes closed. Now, the place is lousy with rich fucks who probably can’t even name one of Officer Dick’s specials.”

While Mackenzie’s opinions were echoed by others at the protest, land developer Erik Grimsberg of Grim Real Estate sees it differently.

“The warehouse was an eyesore,” Grimsberg told Hard Drive via email. “I did the community a favor by turning those hoodlums’ first brush with satisfying 3D skateboarding into apartments for young professionals. Did you see the place beforehand? It was just an empty warehouse with random metal railings and stacks of boxes everywhere. And don’t get me started on those annoying floating letters. They were nearly impossible to remove from the property.”

“Hell, the whole thing was poorly lit and oddly blurry,” he added. “Look at all the textures that exist in our apartment buildings!”

Grimsberg did not respond when pressed for comment about the fate of the floating letters, rumored to spell “SKATE,” and highly sought after by professional skateboarders such as Spider-Man and Darth Maul. None of Grimsberg’s other efforts to placate the livid skaters have worked, either.

“This place was special, man,” said Kyle Glenwood in the midst of a two-minute handplant on the lip of a loading dock. “My favorite memory as a kid was breaking through the huge pane of glass up top over and over. Did I mention how that one Goldfinger tune would always play when we skated in there? Nobody could ever figure out where it was coming from. Fuckin’ rad.”

At press time, the defeated skaters were packing up for downtown Minneapolis where they could grind on power lines in peace, but only for two minutes at a time.