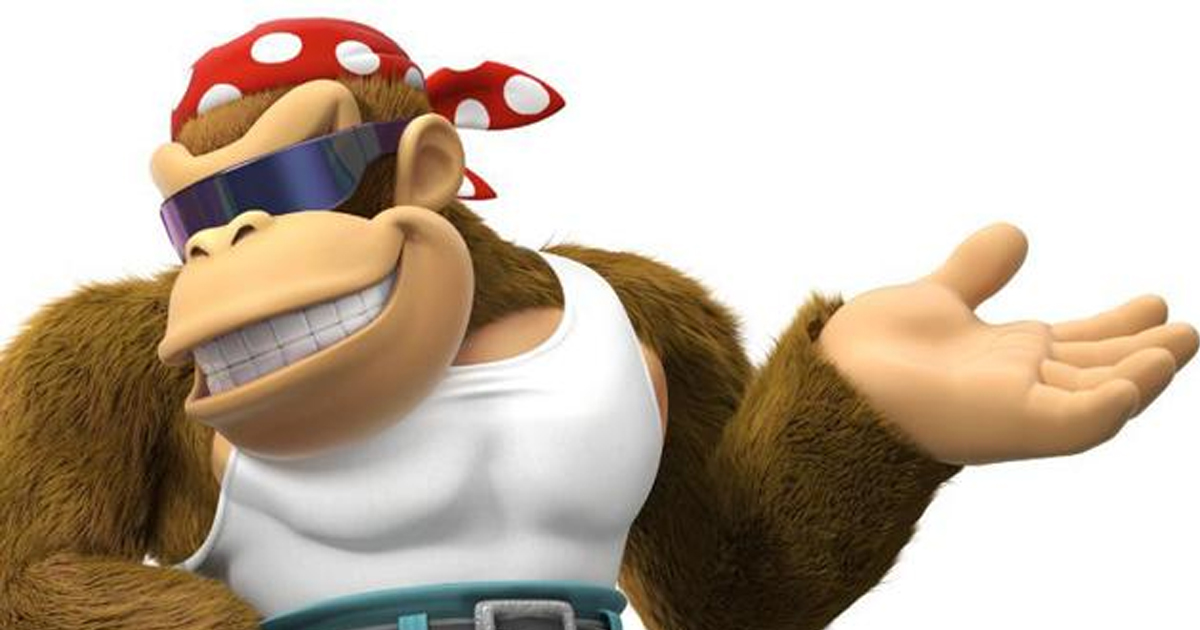 DONKEY KONG ISLAND — Facing a growing list of charges from the DKPD, professional surfer and entrepreneur Funky Kong issued a statement through his attorney, Lawyer Kong, in a press conference this morning.

“My client maintains his innocence,” said Lawyer Kong, Donkey Kong Island’s only licensed attorney. “The only crime he is guilty of is being too cool. Funky Kong would like the press to note that the 5th Amendment is by far the ‘hippest, raddist, and funkiest’ amendment, and we’ll be sticking to it. We have no further comment.”

Lawyer Kong — known for his bookish glasses, bowtie, and absolutely no other clothing — then exited the stage without taking questions.

Read More From Hard Drive: Mario Sent into Existential Crisis After Losing Go-Kart Race to Baby Version of Self

The government has turned their sights on Funky Kong in recent weeks, accusing him of a laundry list of crimes that many say they have no hard evidence of.

Said police spokesman Piggy Kong, “This is one bad ape. He may seem safe with his 1992 Oakleys and wild bandana, but he isn’t that simple. Funky Kong, some beach bum, managed to get enough seed money to start Funky Flights, an airline business. Now how did he get that money? Crime.”

Officials allege the surfboarding ape is guilty of crimes like trafficking drugs with the help of his animal friends, scamming Donkey Kong Island’s wealthiest at the infamously failed luxury music festival Crocodile Isle, and, most recently, taking in millions of bananas with his FunkyKoin cryptocurrency pump and dump scheme.

“Funky’s money is a mystery, sure,” said longtime resident Cranky Kong, “But he’s a pillar of the community. He’s spent millions of bananas and little tiles with letters on them on improving schools, hurricane relief efforts, and funding a program to rehabilitate and reintroduce those scary giant bees back into polite society. A real upstanding chimp.”

As the trial approaches, most analysts predict a Funky acquittal. As TV legal commentator Nancy Kong noted on her show last night, “The police don’t have any direct evidence linking Funky Kong to any wrongdoing. Just a list of shell companies and some eye-witness accounts from disgruntled crocodiles. Nothing else. Even his parrot isn’t talking.”