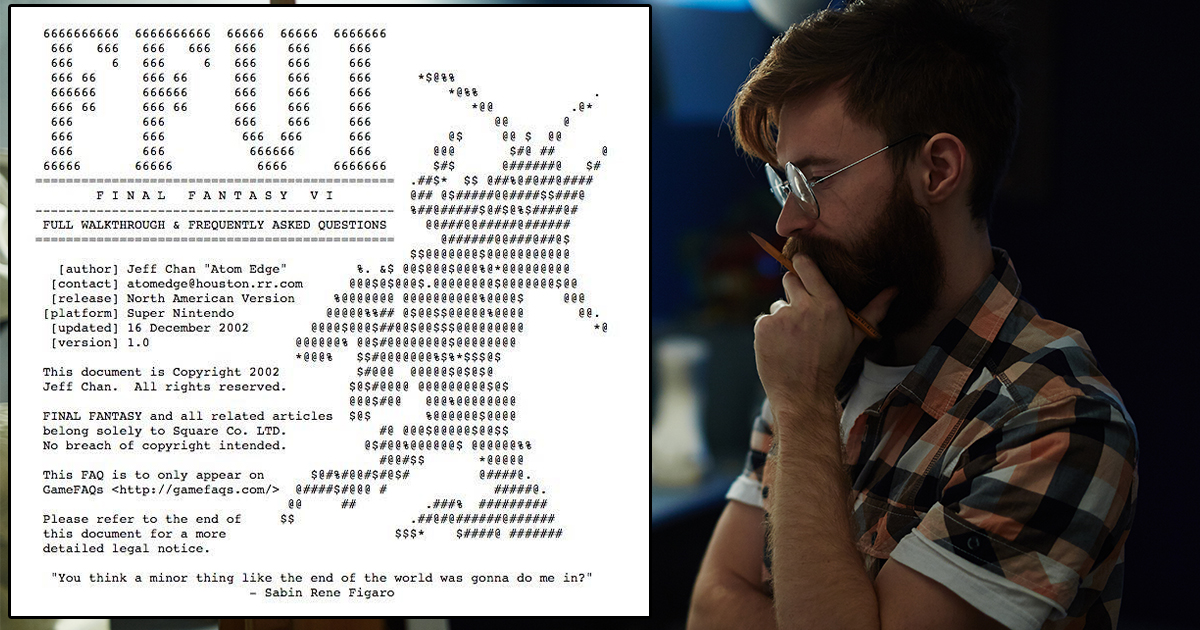 Darknessblade95, born Mary Smith, announced the news with this update on her GeoCities page:

So there’s been a ton of speculation about the GameFAQs thing and I just want to clear the air. I accepted! This could be a stepping stone to big opportunities like Myspace profiles and email signatures XD

“She’s a sellout, plain and simple,” fellow ASCII artist bLaCkRaIn1991 told Hard Drive via a Google Hangout that he kept referring to as the long-dead ‘GChat.’ “The scene was all about making raw, edgy art with the international standard for character encoding in electronic communication. All those lines of letters, numbers, and punctuation used to mean something. Not anymore, I guess. Not anymore.”

The outcry against darknessblade95 was swift and venomous. Many fans printed her pieces on their parents’ computers so they could burn them outside her Brooklyn studio. One livid man even threw acid at her ASCII Crash Bandicoot currently on display at the Museum of Modern Art. The alleged vandal was later apprehended after bragging about the attack in a Club Penguin chat room.

Despite the backlash from her peers, GameFAQs was quick to defend the Spike TV Guy’s Choice Award-winning artist.

“We couldn’t be more excited about this new partnership,” said GameFAQs spokesman iloveyuna69. “We’re leveraging darknessblade95’s unique talent for thought-provoking art to enrich the 100-page .txt documents that made our brand famous. When players need an insanely detailed list of every gummi ship item in Kingdom Hearts or the full script for Blinx: The Time Sweeper, we know they’ll come to GameFAQs.”

At press time, darknessblade95’s was familiarizing herself with the numerous free ASCII art generators available online. She told Hard Drive that although she used to look down on people that used them, they were now a necessity in her new role with the GameFAQs corporation.