YouTuber Can’t Use Ramen to Fix Hole in Relationship 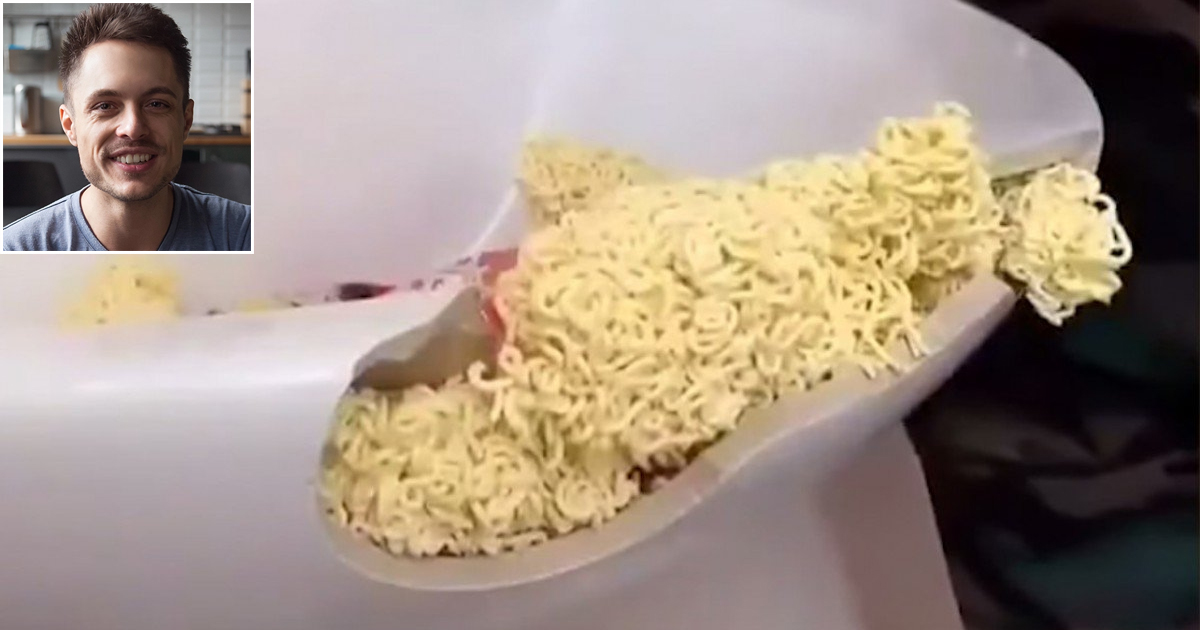 LOS ANGELES — YouTuber and handyman David Patterson, otherwise known as SuperVGMan64, failed to fix the gaping hole in his relationship with his wife Maria Gibson after attempting to do so with a packet of ramen noodles.

“I was told ramen noodles could fix anything. I was lied to,” Patterson told fans in a viral YouTube video simply titled SORRY. “I have fixed sinks, tables, skateboards, and even PlayStations, each with just a pack of ramen, some super glue, and paint. Relationships, however, can not be fixed this way. In fact, Maria made it explicitly clear that this part of our lives was a major detriment to the relationship and even partially caused the fallout. It’s hard to imagine that the person I love, who I sleep beside in our queen-sized ramen noodle bed every single night, felt so horrible this whole time.”

According to Gibson, however, Patterson should have seen the break up coming from miles away.

“I told him I want to see a couple’s therapist and didn’t say a word. He just walked a way, grabbed a packet of ramen, and started scraping it over my head,” she said in a post on Instagram. “Everything in our house is falling apart. I live in a fucking ramen noodle house. I just want my husband back, but he’s gone! I’ve lost him to the noodles!”

“YouTubers very often go through rough patches for reasons like this,” Dr. Hyde said in a phone call. “Most cases I hear are relationships deteriorating because the B-list YouTube couple has children and decides to immediately document the lives of their newborns in a new channel like a more embarrassing version of The Truman Show. But I also hear a ton of stories about couples breaking up over ramen noodles, dueling make-up tutorials, one partner teaming up with a friend in Fortnite without telling their significant other, and many more.”

“YouTubers aren’t made for love,” Dr. Hyde explained. “They’re barely human as it is. They’re mites living off the algorithms of the web and they live simply to promote content.”