Youth Pastor on the Verge of Cracking Fortnite Metaphor 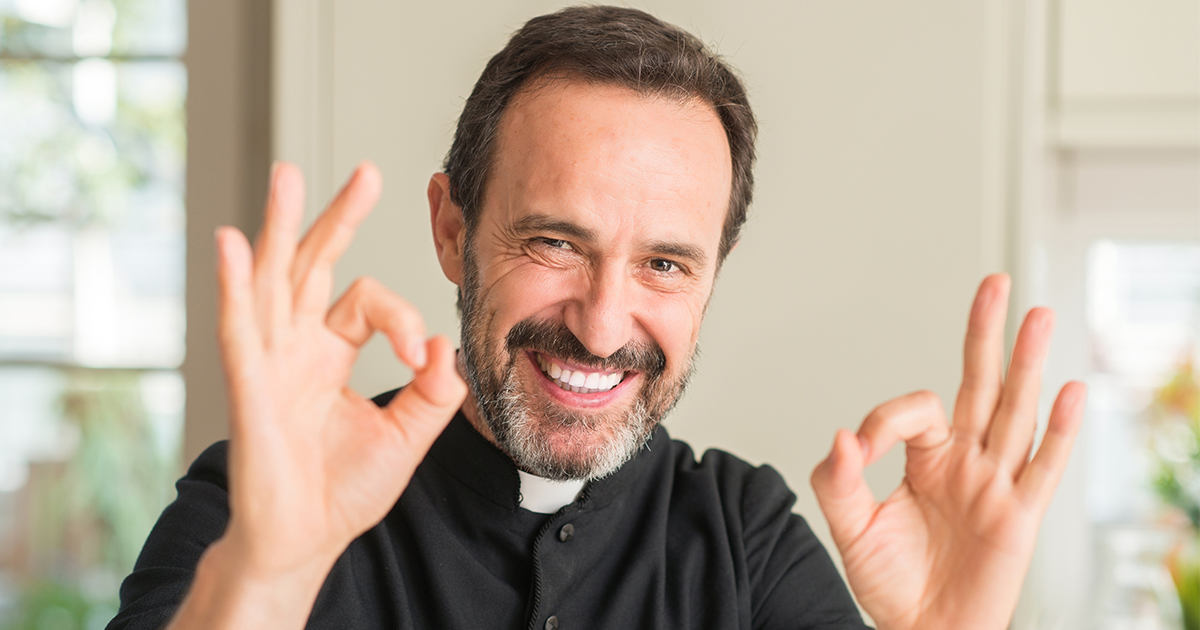 SANTA CLARITA, Calif. — Pastor Paul Michaels of the Cornerstone Church announced today that he is currently on the verge of figuring out a solid Fortnite metaphor to use in his next sermon.

“I’m so excited!” Pastor Michaels told reporters. “I’ve been in contact with God, and the Fortnite Wiki, for days — wracking my brain to get young people as interested in God’s love as they are in whatever new dance is being released now.”

Though reluctant to give too much away, Michaels offered a sneak peak of the elusive metaphor to gathered press earlier this afternoon.

“So if you think of this church as your squad, right? It’s a fifty versus fifty, and the devil and his forces are the other team,” he began, before losing some steam.  “You have to work together to … if you want to find the good loot … no, look, only by squadding up with Jesus can you attain the real Victory Royale, yeah, that’s right, and what’s more ‘Royale’ than the kingdom of heaven?”

“Not bad, huh?” the satisfied youth pastor asked upon completion of the Fortnite metaphor.

Melissa Michaels, Paul’s wife, confirmed that the pastor’s church office has been filled with discarded sheets of paper containing his notes, painting a picture of the long struggle to capture the evasive comparison.

“Here he was talking about how getting baptised is essentially boarding the Battle Bus, only God chooses where you drop and it’s more of a Baptism Bus,” she explained, before revealing a screenshot of a John Wick skin that Michaels had circled and written “JESUS??” underneath.

Pastor Michaels says that he was originally looking to relate to his youth congregation through their similar appreciation for PlayerUnknown’s Battlegrounds, but after a majority of the hard-to-reach 12-14 male congregants let him know that Fortnite was “so much better than PUBG, like, in every way” he decided to pursue that route instead.

“I was kind of disappointed,” he said, “because I thought I’d nailed down a segment where I let the kids know that the real chicken dinner is God’s love and that He wants us all to be winners, but you know, He works in mysterious ways.”

At press time, Pastor Michaels went on to explain that while access to the Lord is technically available for free, users will find a much more satisfying experience upon pledging a regular financial donation.