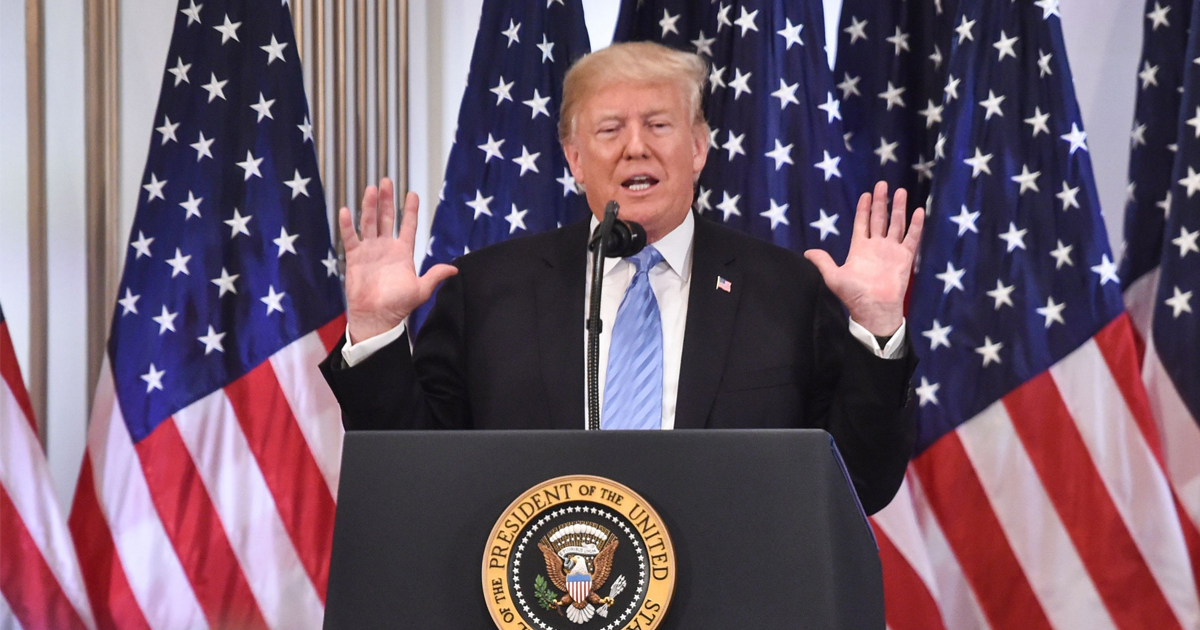 WASHINGTON — A group of White House correspondents reportedly pressed the ‘A’ button frantically for the duration of President Donald Trump’s press conference this morning, in hopes of speeding through whatever repetitive nonsense he was rattling on about, media sources confirm.

“Honestly, it’s nothing we haven’t heard before,” said Danika Waters, White House Correspondent for Politico, while desperately smashing the ‘A’ button on her Nintendo Switch Joy-Con. This caused the President to move at a quick and inconsistent pace, only able to get out the first two words of each sentence before receiving the command to accelerate his movements and move on to the next section.

Chris Wilcox, reporter for Breitbart News, had a different reason for rushing the conference.

“The White House does a pretty shoddy job getting the message out there, so this cutscene is kind of meaningless. The real work comes later, when we get back to the Breitbart newsroom and grind for an hour until we get something at least halfway coherent,” Wilxox said, continuing to mash the ‘A’ button on the Xbox controller he brought from home. “I hope this gets done soon. My thumb is starting to cramp up.”

Much to the audible frustration of everyone in the room, President Trump restarted his rambly improvised statement word for word after one reporter, whose identity could not be determined, pressed the ‘A’ button too many times. This was the third time in a row that this had occurred.