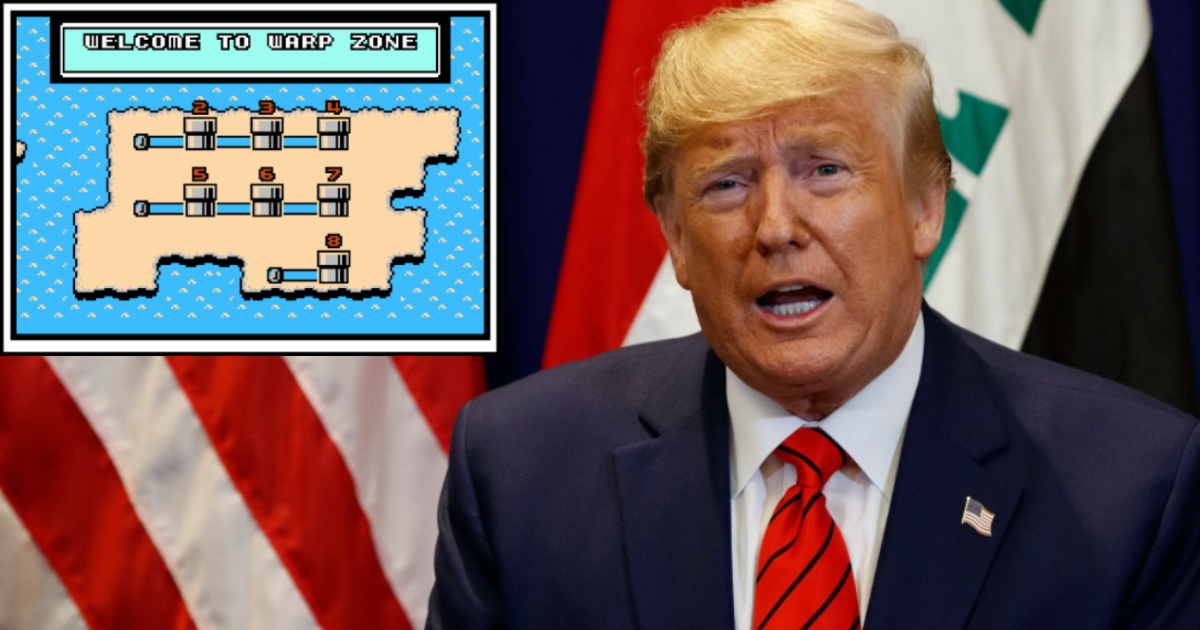 WASHINGTON — The whistleblower responsible for filing the complaint that President Donald Trump requested an investigation of Joe Biden from the President of Ukraine Volodymyr Zelensky has been magically whisked away to World 8, according to those familiar with the situation.

“This is the real scandal, folks!” President Trump said in a press conference today. “The lying Democrats and the Deep State are using all their tricks to try to take me down and skip ahead in levels! It’s ridiculous! I’m working very closely with the Justice Department — great people, the Justice Department — and we’re going to find this whistleblower and we’re going to make sure they get hit by a ball of fire of some sort.”

It is not known how the person came into possession of such a whistle, but political analyst, Simon Chuller, has some suspicions.

“It is highly likely he found the whistle in a dusty old treasure chest hidden behind the fabric of reality. Same thing happened with Snowden. It’s the oldest trick in the book, and everyone knows it,” Chuller explained. “I don’t know why World 8 isn’t giving this person up, but I wouldn’t be surprised if we see Snowden run there from Russia as well.”