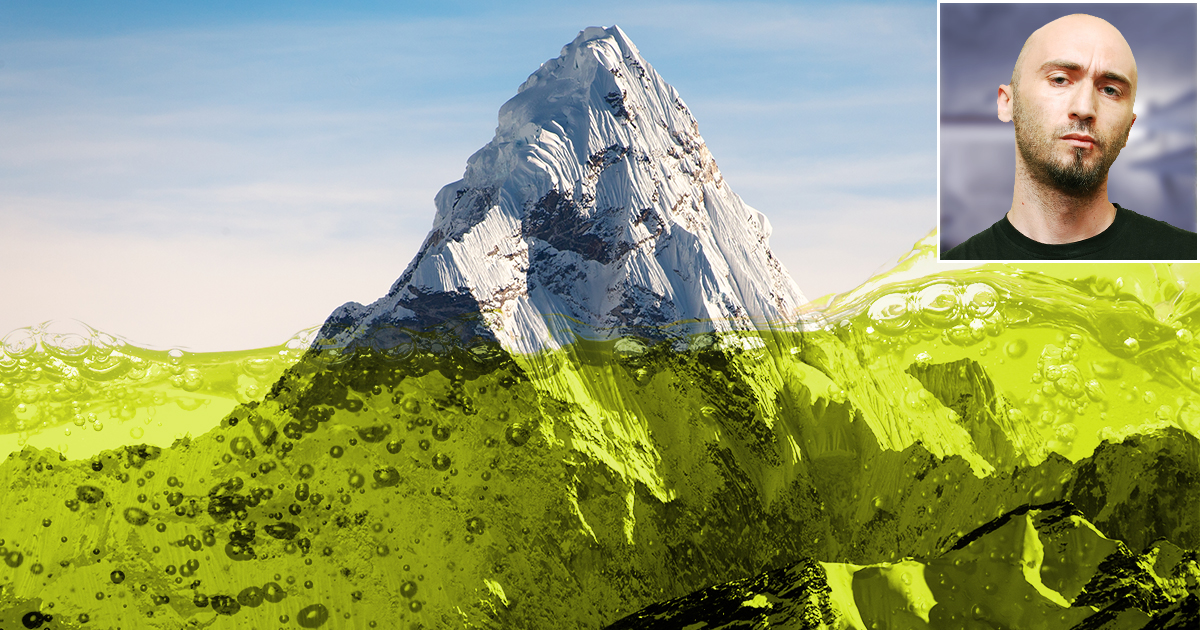 It is with a heavy heart and absolutely no civil or criminal liability whatsoever that Hard Drive must announce the likely death of French gamer Jacques Monspierre, who set out earlier this year to sample the purest, most exclusive Mountain Dew of all: the morning dew that gathers on the rocks of Mount Everest. He will be missed.

The project began when Jacques came to us with an idea for an online news story in which he would travel to Nepal, locate a guide, and climb to the summit of the highest mountain on earth. His dream was to try the dew and describe the experience in a 300-word article.

“shit’s gonna go viral AF dude,” Jacques wrote to us in the single email we exchanged with him. “likes n RTs out the fuggin ASS im tellin u man. god bless”

Despite some initial concerns about his fitness routine, which consisted of roughly 12 hours of gaming per day and several 2-liter bottles of Mountain Dew: Code Red, we approved the adventure and covered his expenses. It is only now, after conferring with global mountaineering experts, that we realize this was a grave error.

“Given his lack of experience, body type, and the fact that you haven’t heard from him since he began the climb over a year ago, I think it’s safe to assume he didn’t make it,” said Apa, the world-renowned climber who has summited the mountain 21 times, formerly a world record. “There are few certainties in this world, but if I had to pick one, it would be this: he’s dead.”

Jacques is survived by no friends, no significant others, and three cats, probably also dead.