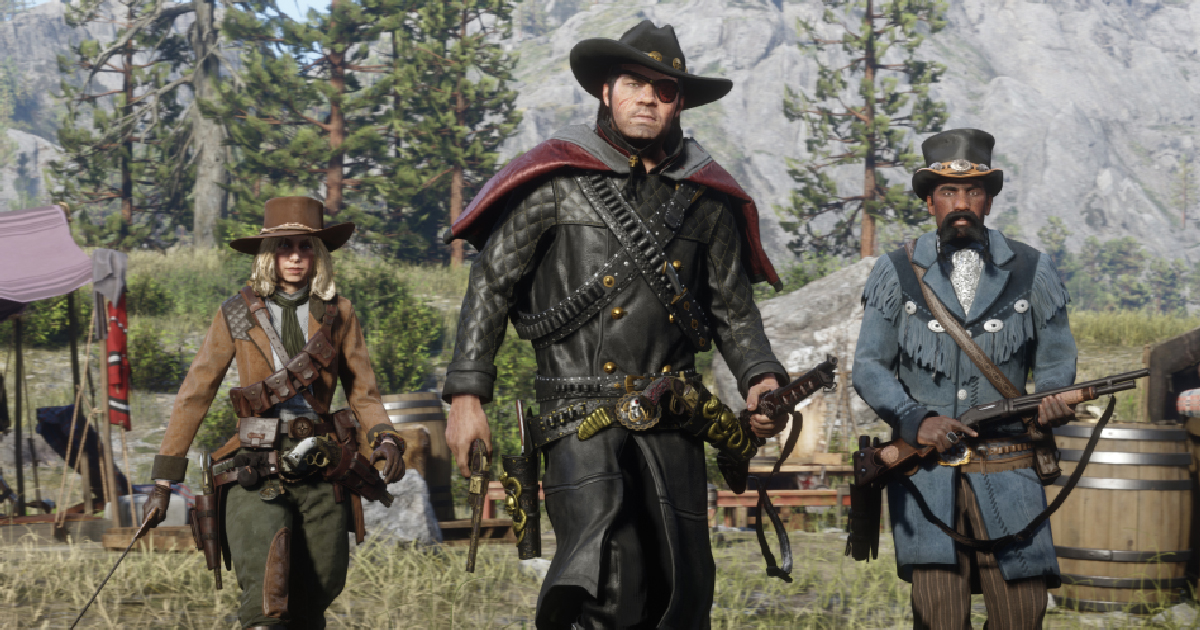 In the year since the release of Red Dead Online, Rockstar has given the game a slew of updates and DLC. There are new story missions, game modes, character roles, and probably some new stuff with the camp, we think? Like a new tent or something? Isn’t there a new mission with that hobo guy who sits next to the wagon and doesn’t do anything? These are the kinds of questions we were looking to answer when we decided to check on Red Dead Online. And man, it sure seems like a lot.

Don’t get us wrong. Red Dead Online has evolved in all kinds of fascinating ways, building on the brutal realism of RDR2 with some of the carefree mayhem from GTA Online. That much is clear from the two articles we skimmed after typing “what new red dead online” into Google this morning. And if we had enough time to really dig into the content—spend a few hours reading up on how the new features work, figure out how to locate our camp on the map, go hunting until we make enough money to get some more ammo for our varmint rifle, think about buying gold bars for a faster horse but decide against it because microtransactions are evil, then try to remember what part of the main quest we were on when we abandoned this game in September of last year — we bet we’d really like it.

There are what appear to be exciting new adventures. Rockstar added challenging new game modes or whatever. We bet there are even some quality-of-life improvements to be going on with. The environment is probably packed with more fun little Easter Eggs to come across on your journey, in all likelihood. The most recent addition to the game is an update to the Frontier Pursuit DLC, which lets you experience what it’s like to be an Old West moonshiner. It turns out that being a moonshiner is extremely complicated and probably not even worth it really, just kinda a whole “deal” as far as we can tell. There are also some PvP character modes that have a lot of rules. And they added Fortnite.

Verdict: With an array of new PvP features added to the unrivaled ambience of RDR2, Rockstar’s Red Dead Online is looking like even more of an ordeal than ever.