UBI to Be Distributed Over Daily Login Bonus on Whitehouse.gov 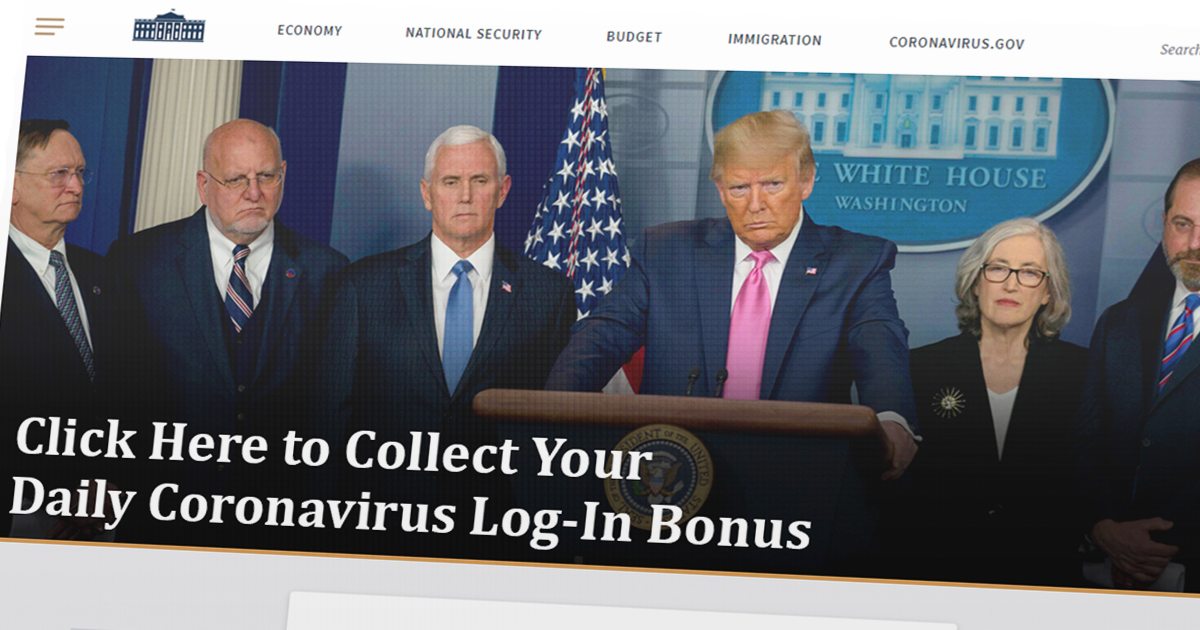 WASHINGTON — In order to streamline distribution, sources are reporting that Universal Basic Income will be distributed to Americans via a daily login bonus on Whitehouse.gov.

“We think it will be a great way to drive citizen engagement,” said Press Secretary Stephanie Grisham. “I feel like people are going to have a better attitude about the way we’re handling all of this if we’ve just given them 40 dollars. As an added incentive, users who login seven days in a row will get a chance to spin a wheel for prizes such as an american flag, student debt reduction, or one free COVID-19 test, treatment not included.”

Critics of the program have expressed concerns that the program will leave those without regular internet access without any support whatsoever, among other complaints.

“This is ridiculous,” said David Talbit, a concerned citizen. “The citizens deserve the entire stimulus package, not this annoying gated off installment. They’re obviously masking the fact that if we were given the whole thing at once it would be a very underwhelming package.”

Grisham defended the program against these criticisms, and went on to highlight the tiered system citizens can anticipate.

“Those logging in who make over $99,000 annually will be redirected off the website to Whitehousepremium.gov,” she said.  “Where they can directly ask for loans, chat with online agents for reassurance, watch exclusive streaming content, and play business management flash games to stay in practice.”

The program will be unveiled on April 1st, with a rocky start planned that will see the daily bonus system delayed until well into the summer.