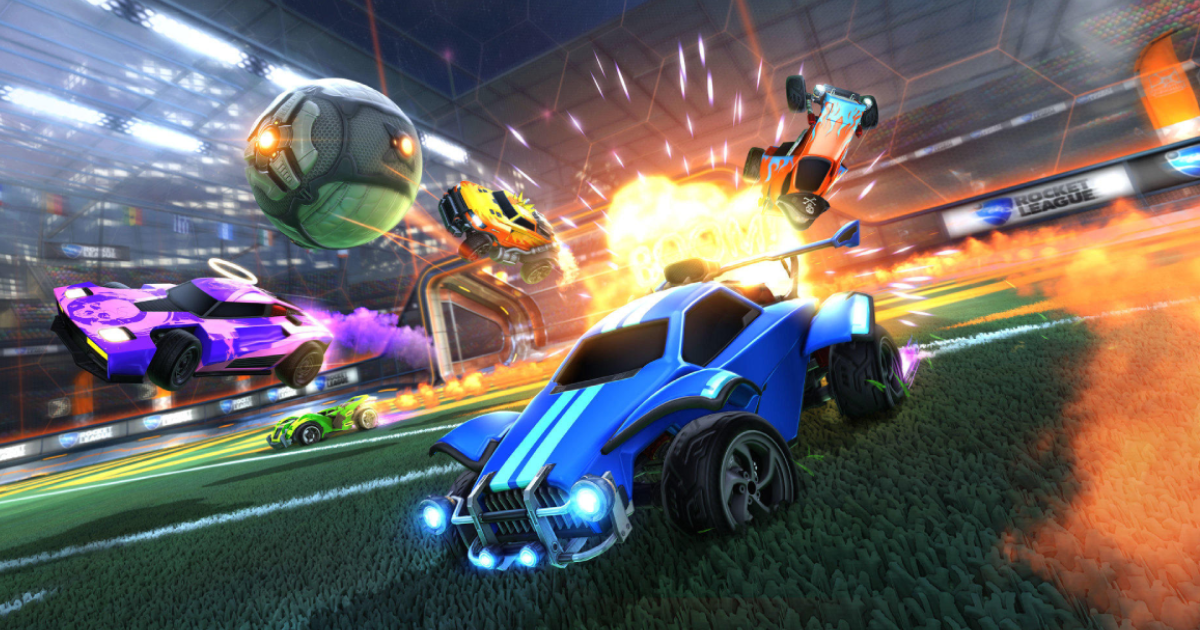 This decade has seen a proliferation of brand new kinds of games. From Battle Royale to auto battlers, it was truly as innovative a span of time as this young art form has seen. Today, it is our pleasure to rank the best of my personal favorite of these new genres; the white hot Vehicular Soccer genre that absolutely exploded this decade.

10. Car Soccer 2k16 – While some see this as merely a second rate VS game, its devoted fanbase will tell you that this series has quietly polished its engine over the last several years and is a reliable and fun little drivey scorey. We don’t disagree! 2016’s release probably had the best features, but really any title is worth giving a shot.

9. Goalie Guacamole! – This Switch exclusive was fun at first, but frankly suffered from an overabundance of guacamole. It was just everywhere. Luckily, Rad Time Games has promised to tone down the guacamole in next year’s Goalie Guacamole 2: Full Court Mess!

8. Need for Speed: Soccer – This game suffered from many things, but perhaps none as much as the severe lack of promotion EA gave it’s long-running racing franchise’s pivot into the burgeoning Vehicular Soccer genre. There’s plenty to like here, such as customization options and the robust selection of cars, but the fact that the online Neighborhoods mode is already a ghost town makes it hard to fully endorse this game in 2019.

7. I Have No Foot and Yet Must Kick – This ambitious indie title split audiences over whether its post apocalyptic story of robotic sport cars achieving consciousness and overthrowing their human oppressors was innovative and inspiring or pretentious and not an actual VS game. We’re somewhere in the middle of the two camps. The story is heartbreaking, and Michael Shannon’s performance as Crashtar was one of the decade’s best performances, but at the end of the day, there’s just very little soccer in this game.

6. Sprintires: MudRunner: Soccer – This hyper realistic vehicular soccer title certainly wasn’t everyone’s cup of tea, but it scored huge with players who appreciated this ultra realistic simulation. Players coordinated the movement of a giant concrete soccer ball from one end of the field to the other in a campaign mode that stretched over dozens of missions. The roster of vehicles in S:T:S is certainly the largest on this list, featuring everything from bulldozers to that little wheelie thing they paint the soccer lines with. The lack of PvP, vehicle customization, and any sort of scoring held this treat of a game from scoring higher on the list.

5. Excitebike 64 (Bonus Mode) – I’m aware that this game came out in 2000, but I just played this game for the first time and holy fuck. You have to try the soccer game in this. Truly an influence on the proliferation of vehicular soccer games over the last decade.

4. FIFA 18 – FIFA is a long running series that has perfected its engine and found a very dedicated following. Not much to applaud nor detract here, just a solid vehicular soccer game that leans heavier on the soccer than the mechanical side many of the genre tends to focus on. Some debate the inclusion of these games in rankings of VS titles, but if you think about it, people are sort of like vehicles.

2. Tyler Gorbson’s Big Wheel Shootin’! – Released a year before Gorbson’s extramarital affairs and controversial statements about his missing son overshadowed his legendary career in the VSL, he graced one of the decade’s finest vehicular soccer titles that sadly was never able to blossom into the series it was meant to be. A co-op game for the ages, it is sadly hard to play this game today without thinking of the tragic public unraveling of Tyler Gorbson.

1. Kick ‘Em, Drive ‘Em, Score ‘Em! – Well here it is, the big one. Justin Montosoya’s follow up to his controversial Civil War Kitchen! took the genre to new scary places and frankly, everything else is still trying to catch up. From the glistening of the astro turf to the incredibly nuanced family progression system, every single idea in KEDESE! is an absolute highlight. Letting the players get out of the trucks to kick the giant ball was an OMG! moment in gaming that paralleled seeing Mario in 3D for the first time.