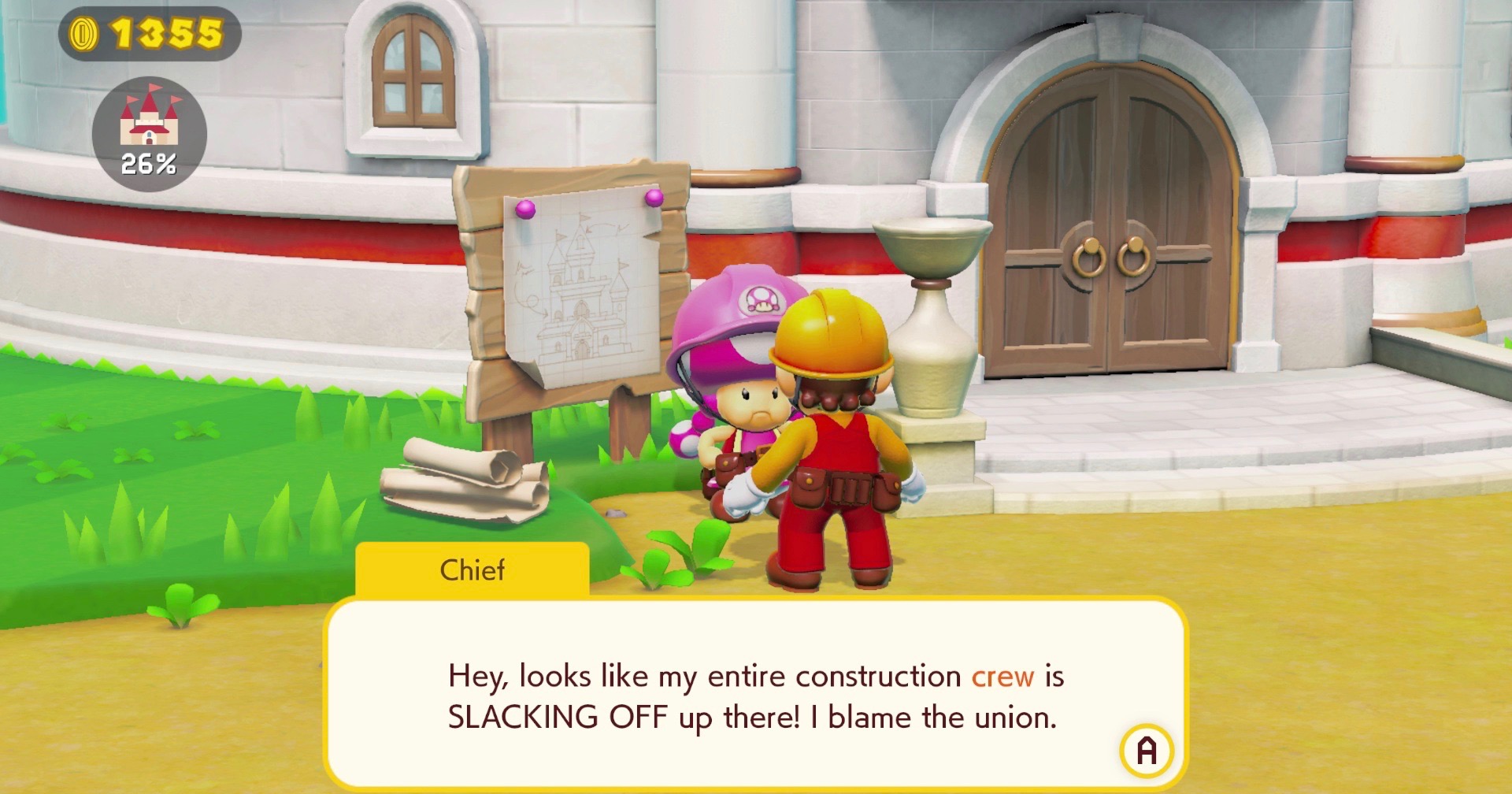 KYOTO — Nintendo has announced a new DLC coming to Super Mario Maker 2 later this year, bringing a new set of assets, tools, and a story mode mission in which Mario will wear a recording device to a meeting of the United Toad Workers (UTW) Local 294, in order gain the upper hand in future negotiations.

“We wanted to take that fun, silly, anti-worker feel from the original game and spice it up a bit,” said Nintendo representative Jonathan Moto. “Mario isn’t just going to sit idly by any longer. He’s going to help the boss squeeze every ounce of productivity out of those Toads like the labor sponges they are.”

Beating the story mode will reportedly give the player a slightly increased rate of productivity in exchange for a much higher turnover in Toad workers.

“The player won’t really notice that second part,” said Moto about the worker turnover mechanic, in which Toad workers will be laid off after sustaining injuries on the job. “It doesn’t really matter.”

Nintendo released a surprise teaser video online this morning, featuring clips of Mario strapping on a microphone, knocking back a few beers to take the edge off, and trying to act casual while grilling the construction workers on their nefarious mission to get better wages and benefits. In addition to his usual acrobatic moves, the video also shows Mario using his new “betray class” ability.

The teaser video ends with Mario wearing his Scab Outfit and saying a new catchphrase: “Hee hee, I crushed solidarity!”