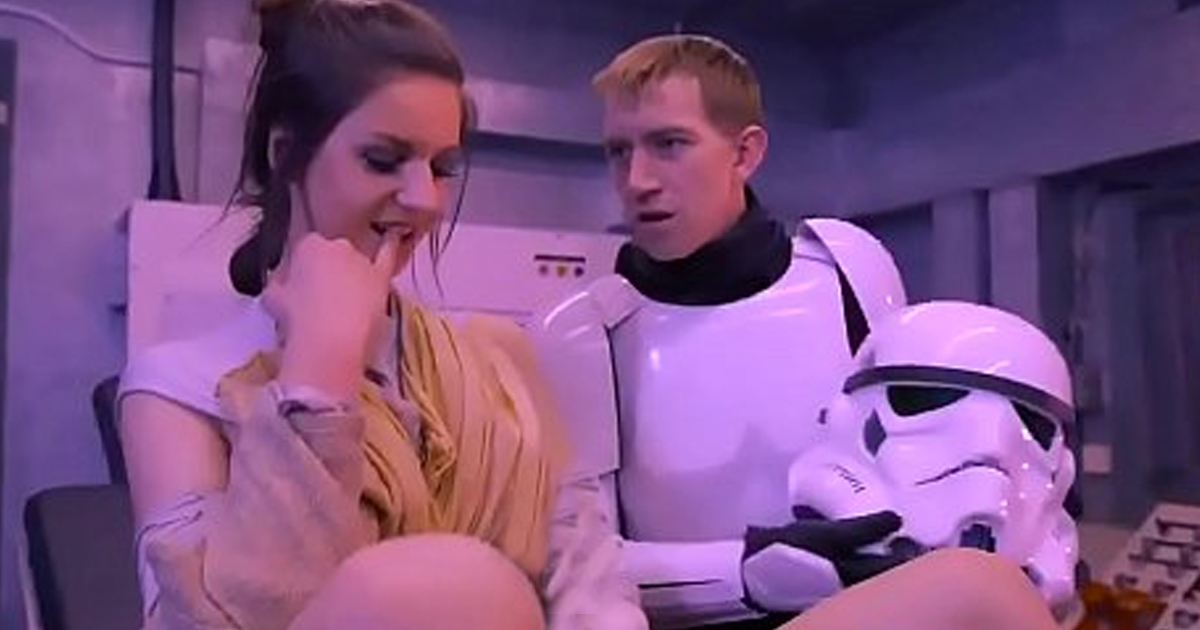 “Let’s be clear, we’re totally into the incest angle, that’s like 99% of our current output,” writer/director Engorge Lucas stated, while proudly displaying his handwritten 4-page script. “But actual incest tends to be distracting to viewers and take them out of it, so we made that change to the lore. Owen and Beru made Luke biologically in our story, as the opening title crawl explains in great steamy detail.”

Stars of the film were especially elated with the change because it opened them up to other orgy-related possibilities now that almost no characters were related by blood.

“By making Leia a step sibling, she’s also now a step daughter, so we get to bone too,” said James Earl Moans, the actor playing Darth Laid-Her. “It especially made everyone on set more comfortable when Padme joined in. It was a little tricky figuring out a way for everyone to be able to get it on, but Engorge is just such a visionary. We’re just getting started, too. Wait until we get to The Bone Wars!”

The reception to the sneak peeks given to the new series of films thus far have inspired mostly positive responses from Star Wars superfans, a historically fractious group.

“I prefer to see anatomical holes, not plot holes, and this looks like it’s going to deliver,” said Samantha Harris, a longtime fan. “Also, no actual incest, so it’s like kind of okay, when you think about it, right? Anyway, this is shaping up to be a nonology for the ages, a space opera with wall to wall boinking!”

Check out the newest episode of our podcast, The Ace Watkins Presidential Hour: