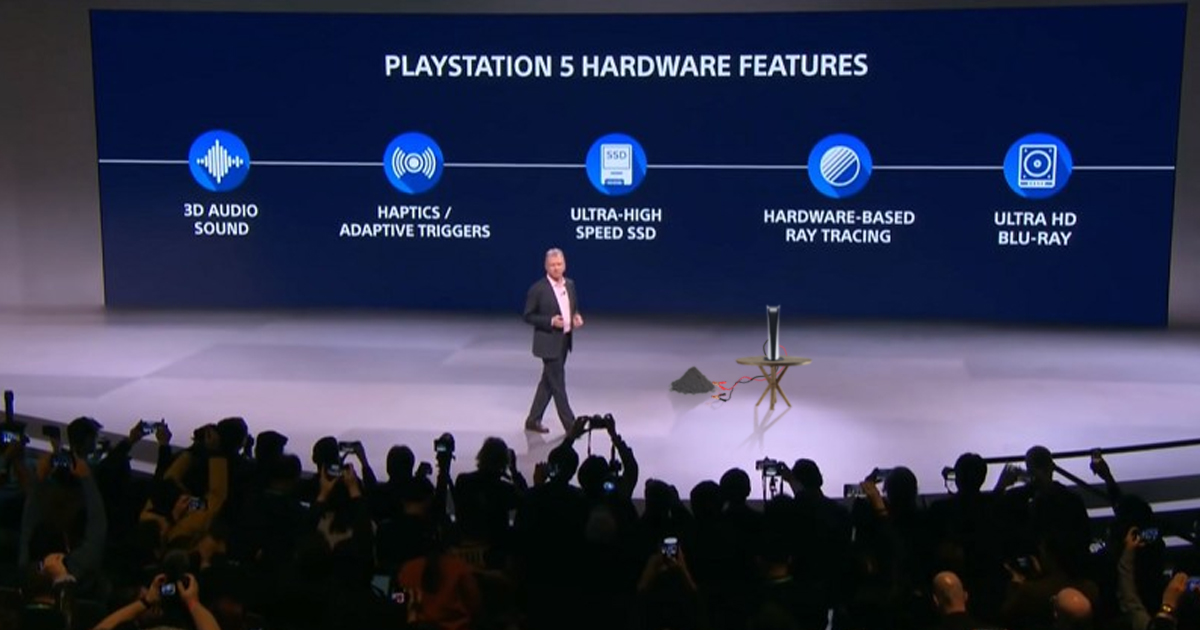 “We are incredibly sorry to the Smythe family for electrocuting their son Kris after hooking him up to the console’s incredibly powerful CPU with jumper cables. This is a tragedy that brings a tear to my eye, as if witnessing a scene from the upcoming Ratchet & Clank: Rift Apart, available quarter two, 2021,” said Ryan in a press conference following the demonstration. “We will be following up with the Smythe family to make sure they are taken care of, giving them several PlayStation 5s, as well as one free year of PS Plus.”

“No one can replace Kris,” Ryan added. “Not even the PS5 — although, I admit it comes close. Really close. But just not quite there. The PS6 will probably be able to replace him, but we’re just not there yet.”

According to those familiar with the situation, Kris’ mother Marissa Smythe is reportedly suing Sony for workplace safety ignorance as result of her son’s death.

“It’s just completely ridiculous. Kris didn’t need to die… he was a perfectly healthy, beautiful boy. They should have known better. No one could possibly withstand the power of the PlayStation 5. Not even Kris,” Smythe said outside a local courthouse. “I find myself up at night, staring at the ceiling, wondering what I could have done better. What if Kris had worked for Microsoft instead of Sony, like he wanted? I pressured him to take the Sony job… he would still be alive, I know it. The Xbox Series X couldn’t kill anyone at all, oh God!”

At press time, Ryan announced that Sony would be releasing an exclusive PS5 dedicated to Kris and his sacrifice to their company available for a short time to fans who put on notification alerts for Wario64’s Twitter account for a month and get really lucky.