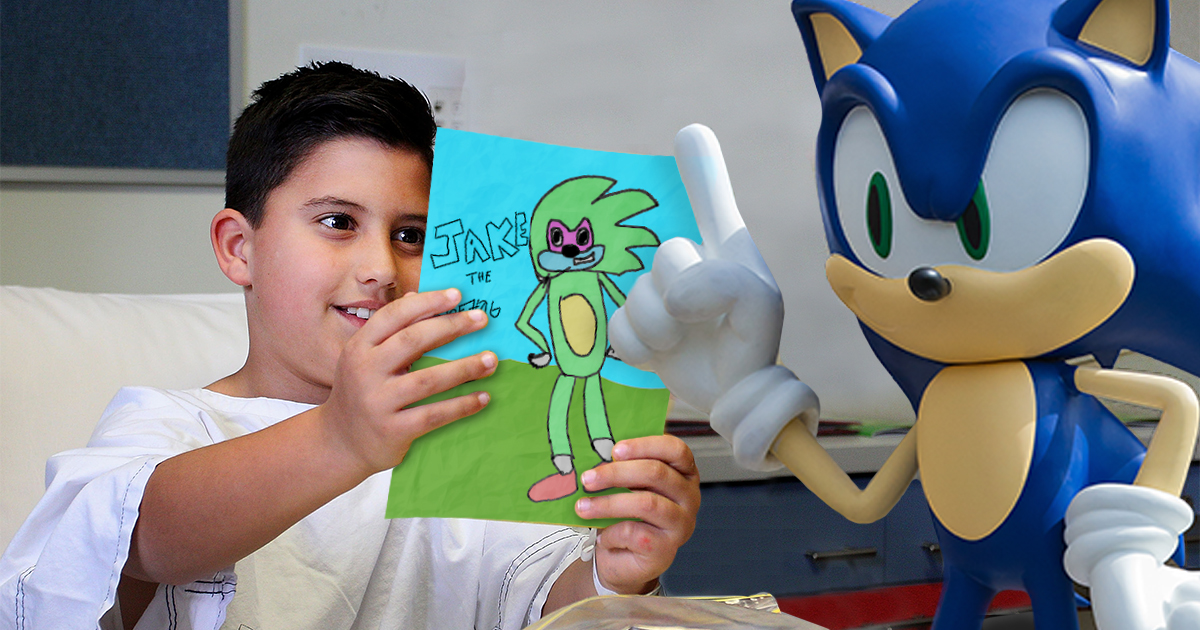 Applebaum, who was diagnosed with leukemia at age 10, said his one wish before dying was to share his own original character with Sonic.

“I never knew my dad, so when I was a kid, I started thinking about what would happen if Sonic was my dad,” said Applebaum, who is known on DeviantArt as frequent and passionate fan-artist FrostKitsune32817. “And now he basically is.”

According to Jake’s family, Sonic wasn’t able to stay at the suburban residence for long, but he stuck around long enough to look at several of Jake’s drawings of Jake the Hedgehog, and learn all about him from the best source possible: the lucky young enthusiast himself.

“I got to tell him all about Jake’s powers, like his super fire claws, and how he turns into a black wolf that wants to be alone when he’s sad,” Applebaum said. He said Jake the Hedgehog’s other traits include red and green fur in flame patterns, a love for slushies and cuddling, and a healthy relationship with Christ.

“I have a lot more fanart to draw now,” Jake said after being told his character might join Knuckles and Tails in an episode of the animated series Sonic Boom.

“I also sent some story notes along with thirty drawings to the writers about what a possible romance between Amy Rose and Jake would look like” he added.

A statement from Make-A-Wish said that the organization was very pleased with the outcome of the meeting, which reportedly went more smoothly than for Kyle Mendez, the 10-year-old cancer patient whose recent wish was to spend an afternoon with Halo protagonist Master Chief.