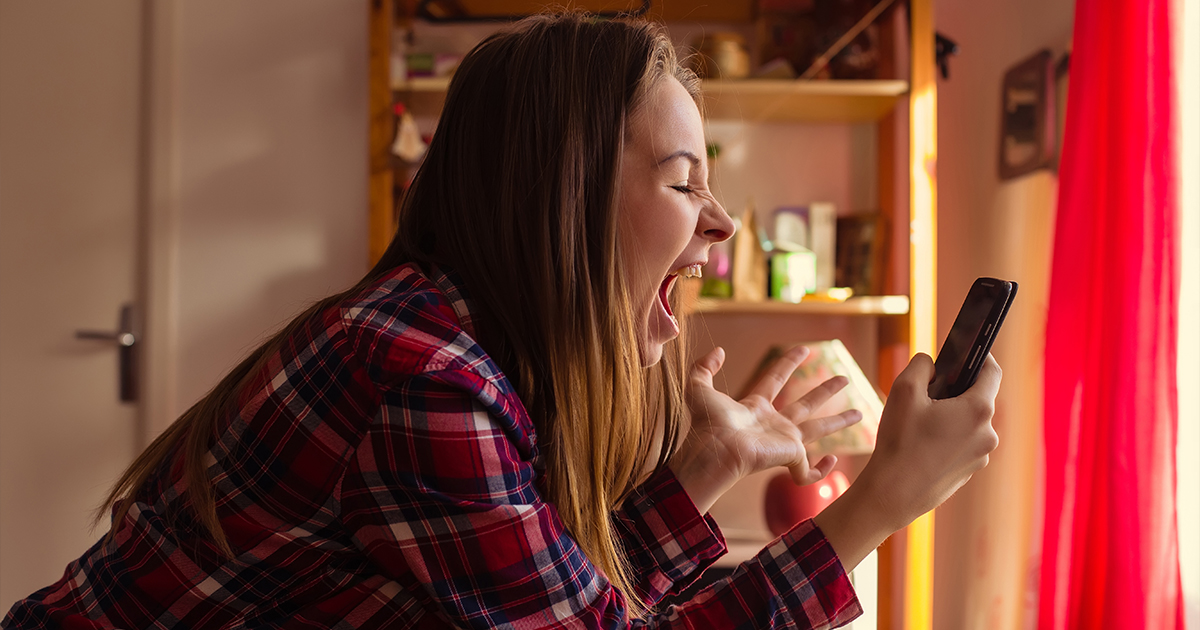 GREENVILLE, S.C. — Social media user Katie Orkin was seen mumbling curse words under her breath and clenching her fist in frustration earlier this week as she realized that the shitty-ass video she was trying to watch doesn’t have any goddamn captions.

The limp-dick video, which forces viewers to wrangle their bastard headphones out of their pockets and scroll all the way back to the bumblefuck beginning because it’s a dipshit autoplay situation, caused Orkin some serious goddamn agony while she was trying to distract herself from her dead-end hellworld job.

“Jesus Christ. I don’t know why the assholes who made this insisted that it couldn’t just be a fucking article,” said Orkin, who just wanted to spend a few precious minutes shoveling shitty content in her face without having to dig through her crap to find a pair of crusty-ass earbuds. “Instead it’s some inaccessible horseshit that utilizes the motherfucking Ken Burns effect.”

“And by the fucking way,” Orkin continued, “you can bet that these pendejos didn’t have the cojones to incorporate any pinche subtítulos en español.”

Other traits of the video include multiple inexplicable midroll ads, excruciating fucking VO reading amateur copy, and a general fucking lack of quality ranging from suckiness to shittiness.

An anonymous son-of-a-bitch from the digital media company that produced the video expressed his wussy little bullshit reservations with the asshats in charge.

“The douchebag venture capitalists who bought this company have implemented a clusterfuck of a pivot-to-video,” said the unnamed prick. “Dumbass view-whoring endeavors like these are the shitlicking result.”

In light of the backlash, the fuckface media company has decided to return to its original suckass model: slapping ginormous goddamn ads for dick pills on its dogshit clickbait editorial splooge.